The “Genbudo” park has 5 caves. About 1,600,000 years ago, magma ejected by volcanic eruption was cooled to form thick layers of basalt, and after that the basalt layers were eroded by rivers, whereby the following scenery was formed. At that time, we had a look around “Genbudo” cave and “Seiryudo” cave with explanations by a tour guide. 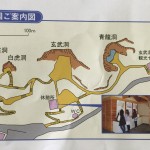 This is a map of the “Genbudo” Park. 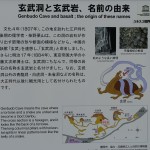 First, we visited the “Genbudo” cave.

The sign pole on the bottom part of the following photograph has a height of about 1 m. 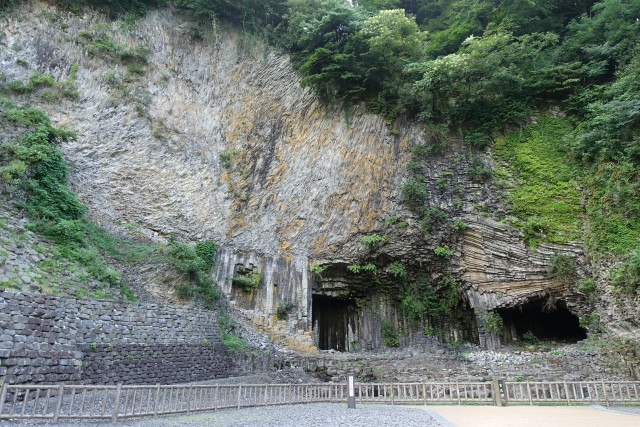 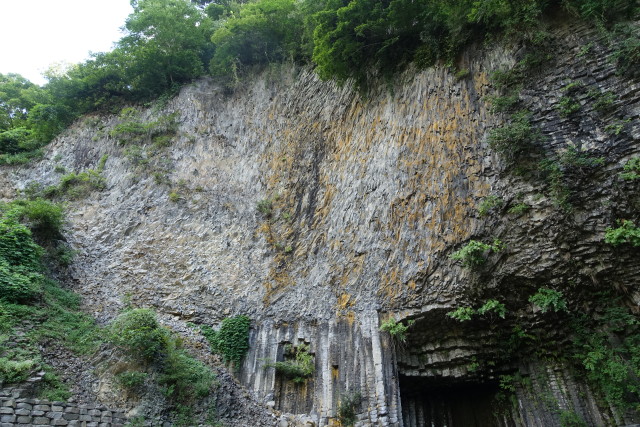 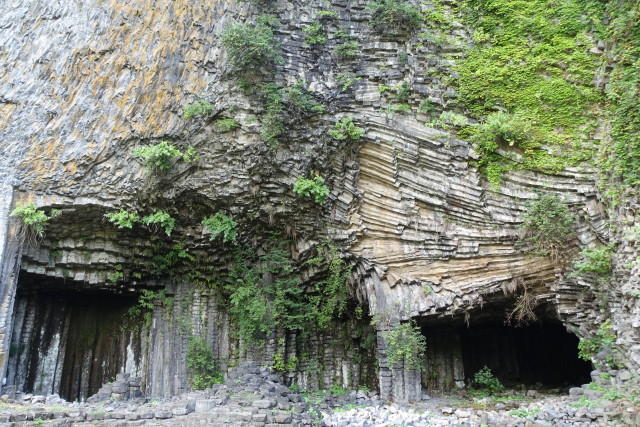 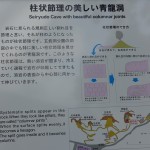 Next, we visited the “Seiryudo” cave.

The sign pole on the bottom part of the following photograph has a height of about 1 m. 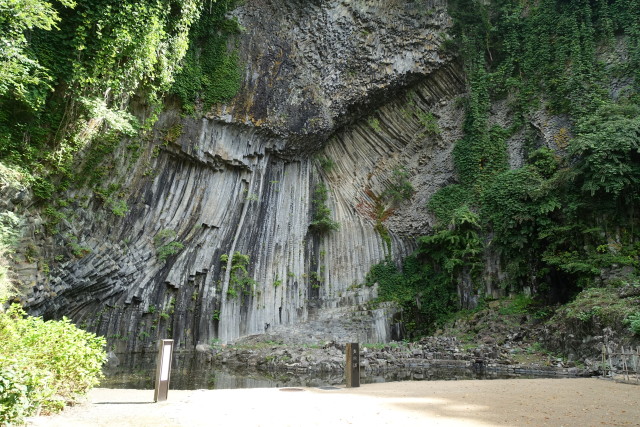 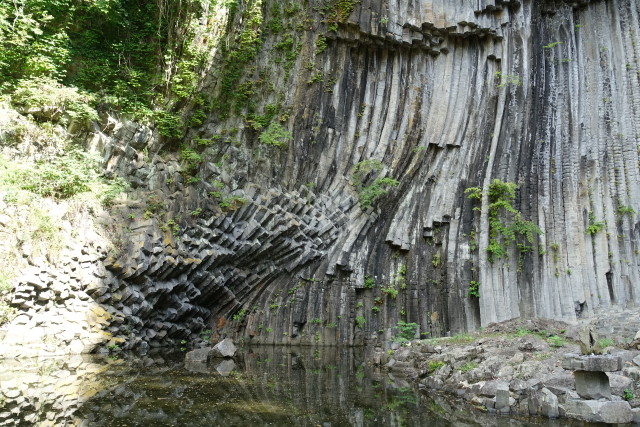 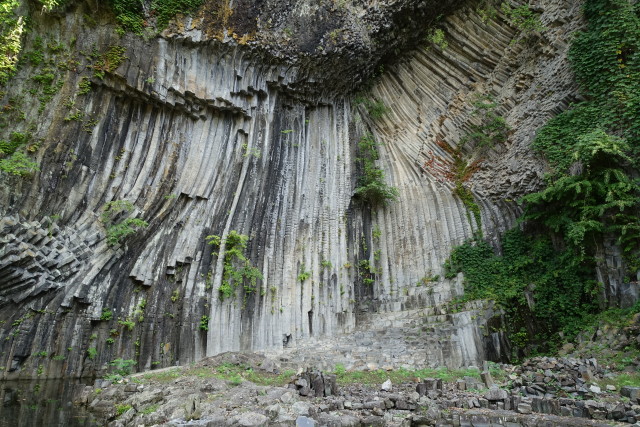 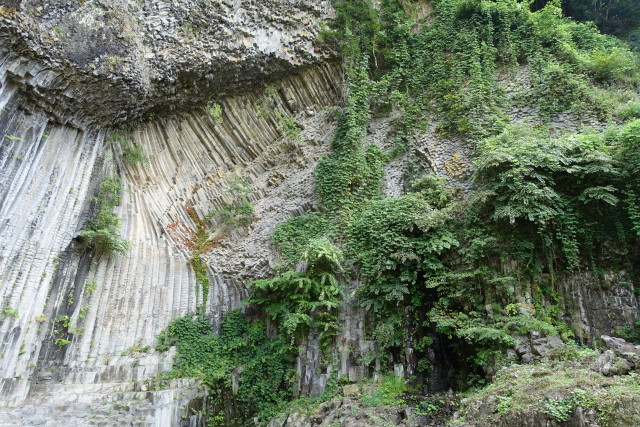 Unfortunately, the overwhelming scenery, that we actually saw on the spot, cannot be well reported by my photographs and videos. Please enlarge the photographs. You can see the beautiful hexagons.

After the tour, we rode on a ferryboat. The boat crosses “Maruyama” river, flowing along the side of the “Genbudo” park.

Then, we went toward “Izushi” using a bus. This is the bus stop of the bus that we used. 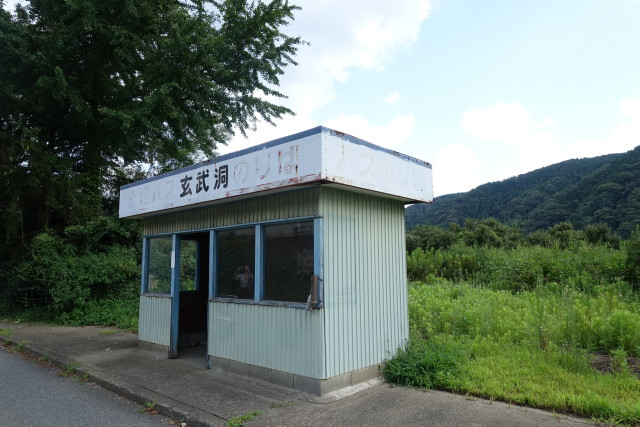