There is an art museum called “Sagawa Bijutukan” in Moriyama City, Shiga Prefecture, where works of art by a Japanese-style painter, Ikuo Hirayama and a sculptor, Churyo Sato are exhibited.  This summer, I went to see a special exhibition of Tanaka Isson‘s works, held in the art museum.

I went from Osaka Station on the JR line toward Katada Station for one hour and 10 minutes.  When I reached Katada Station, a Shinobi train happened to be stopped at the opposite platform. 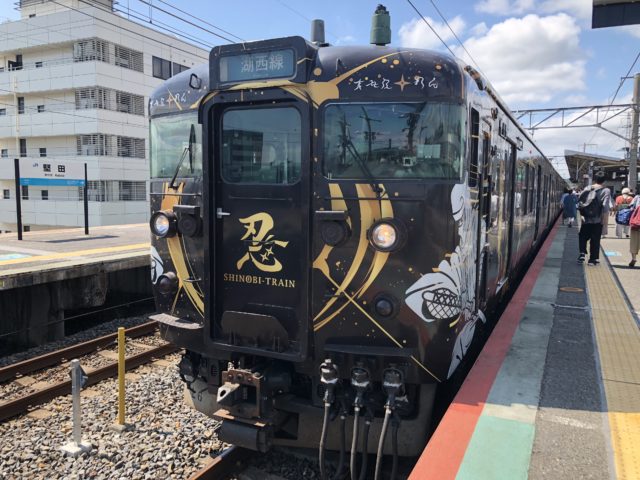 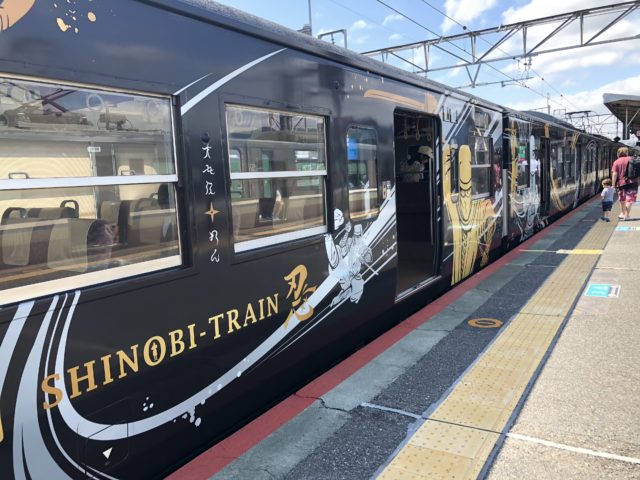 When I took a taxi and asked the driver to go to Sagawa Art Museum, he said “Now that you are here, you should go to and see “Ukimido” Hall.” “That’s a good idea!” So, I decided to drop in Ukimido Hall.

Ukimido Hall is a Buddhist hall in Mangetsuji Temple.  The appearance of the hall rising above the water surface of Lake Biwa has been known by everyone since long ago. The day I visited was very hot in summer, but I remember the very refreshing wind blown from Lake Biwa. 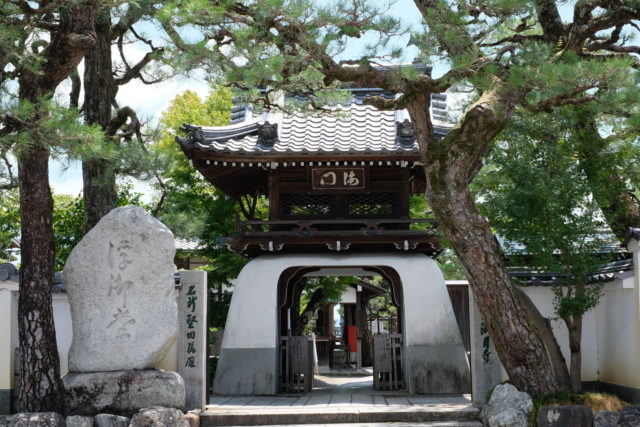 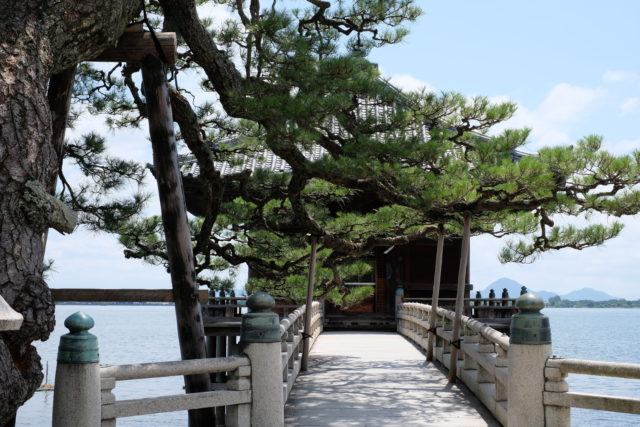 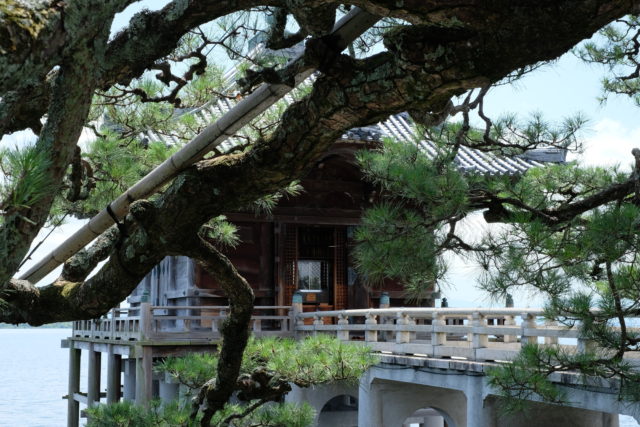 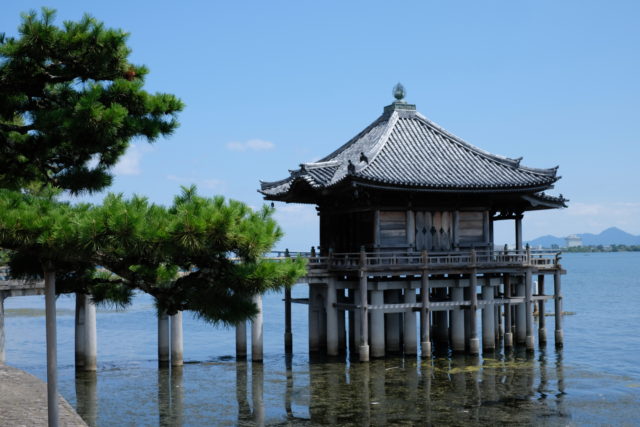 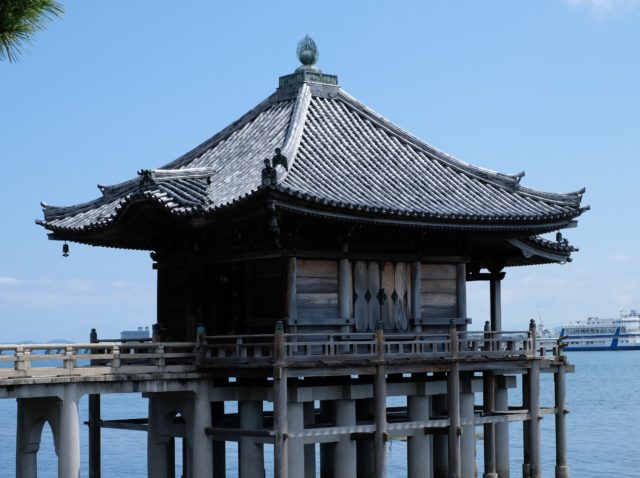 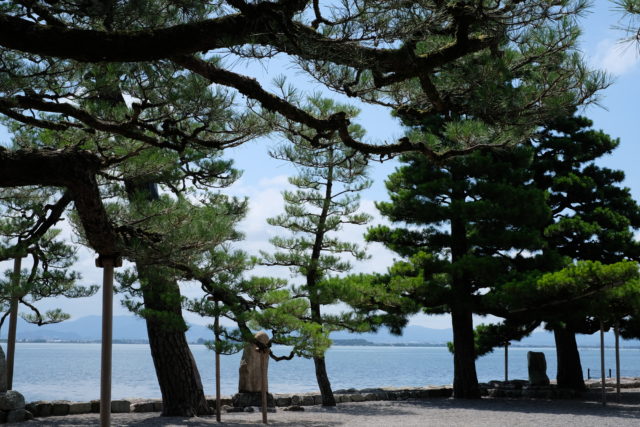 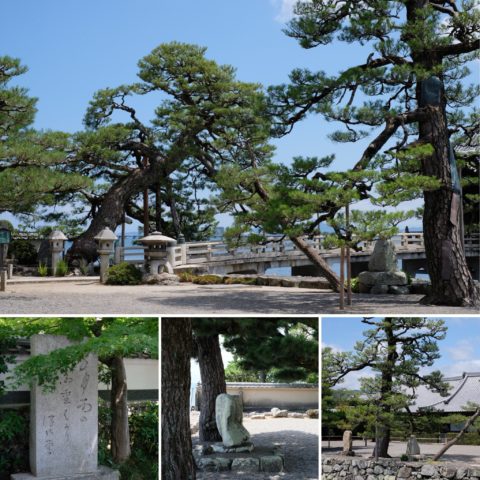 This is an ukiyoe of Ukimido Hall designed by Hiroshige Utagawa. (The title of the ukiyoe is “the wild geese returning home at Katata”.) 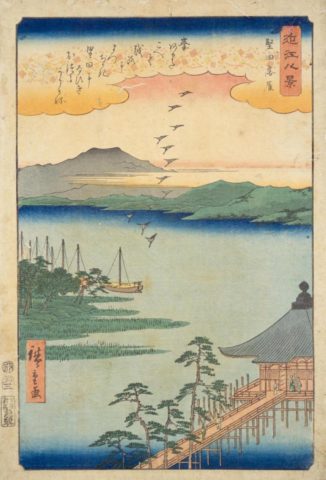 To go to Sagawa Art Museum from Katada, you should cross Biwako Ohashi Bridge. 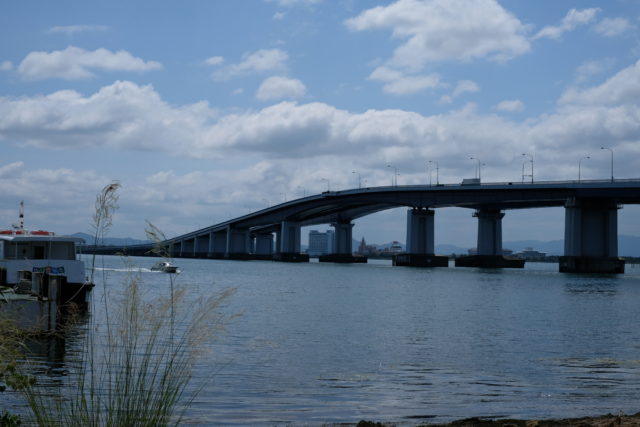 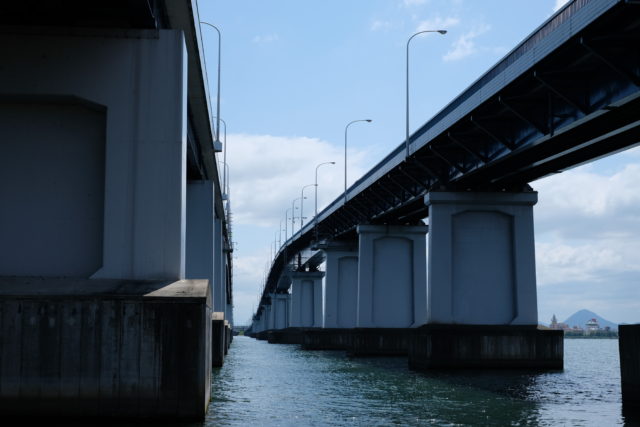 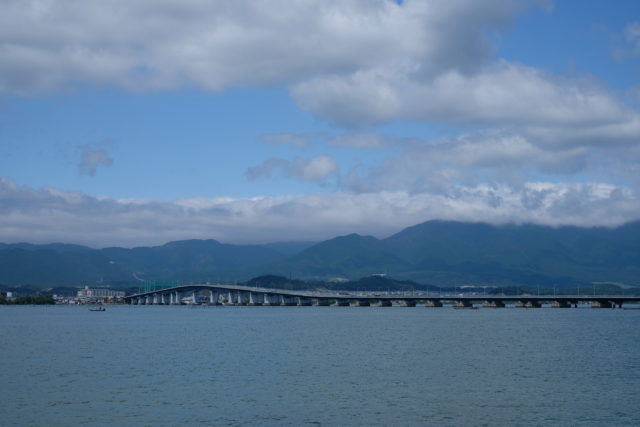 （This picture was taken from Moriyama.）

This is Sagawa Art Museum. The buildings are situated in a pond, so they look as if they float on the water. 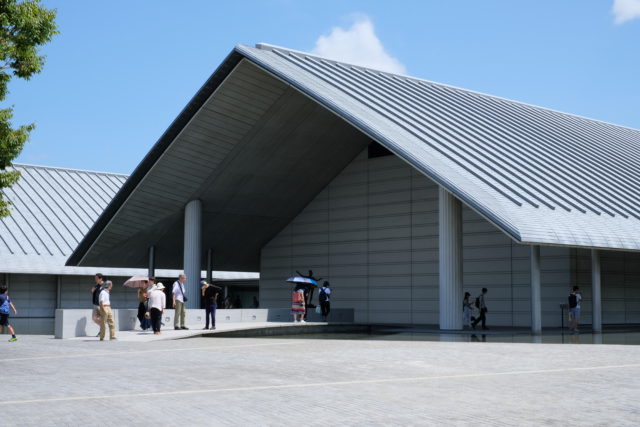 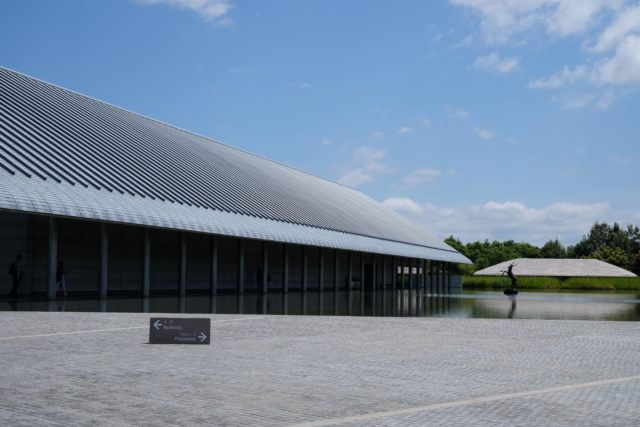 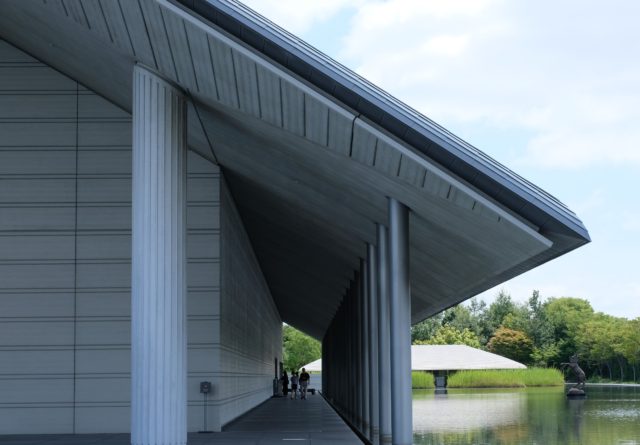 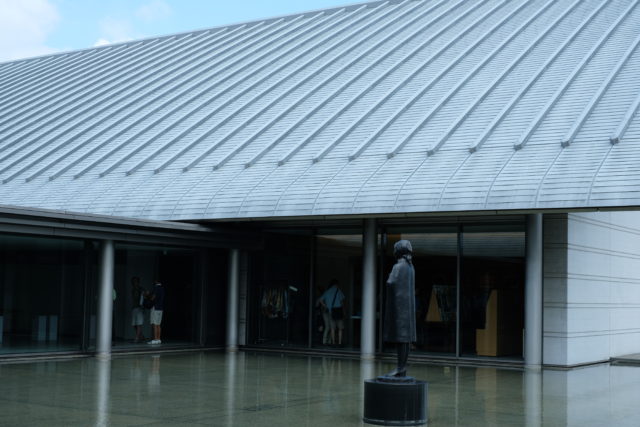 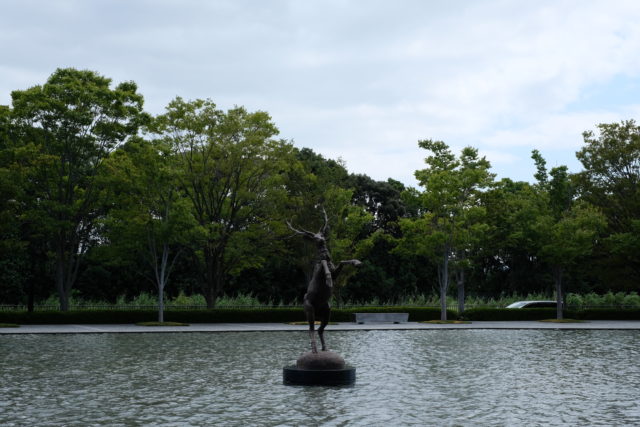 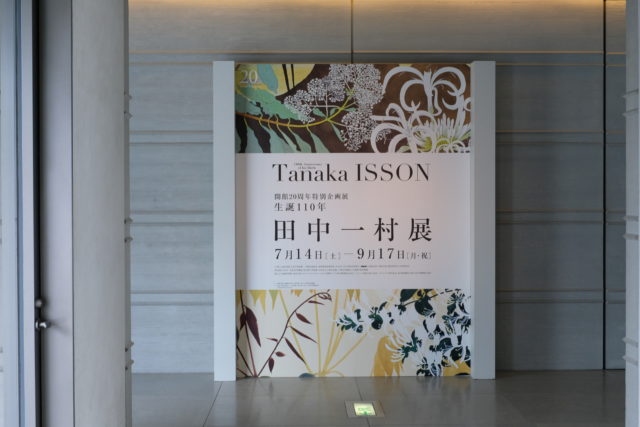 The following two photos are of a tea ceremony house, Chashitsu. Tea ceremonies are held here. 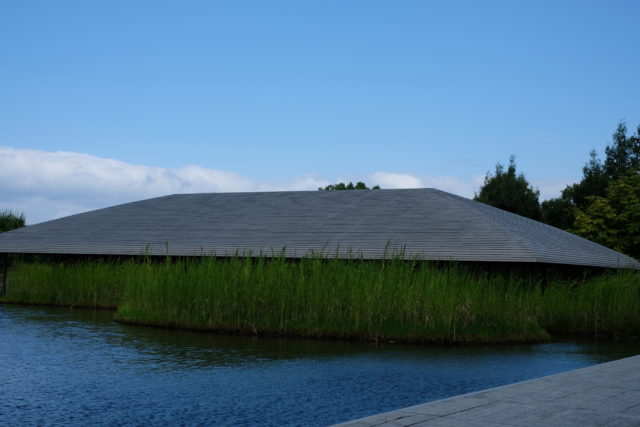 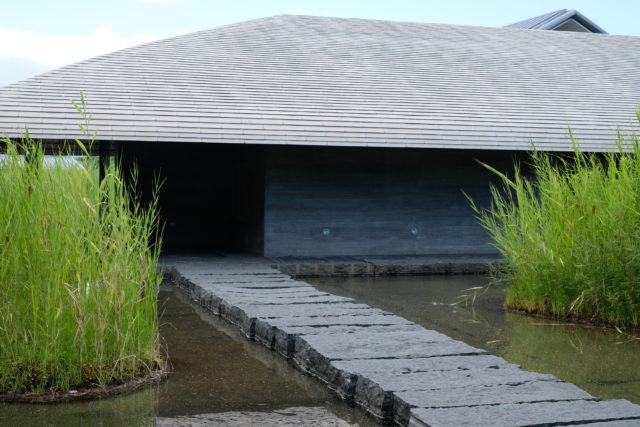 Statues are exhibited at the entrance, a rest room, and passages of the art museum. The walls of the museum are glazed. So you can see statues on the pond from the interior. These are also nice art galleries. 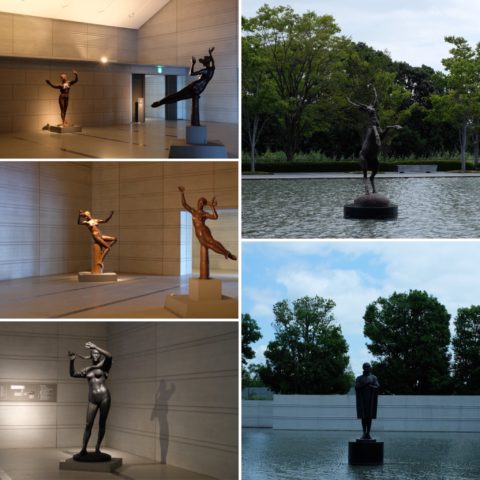 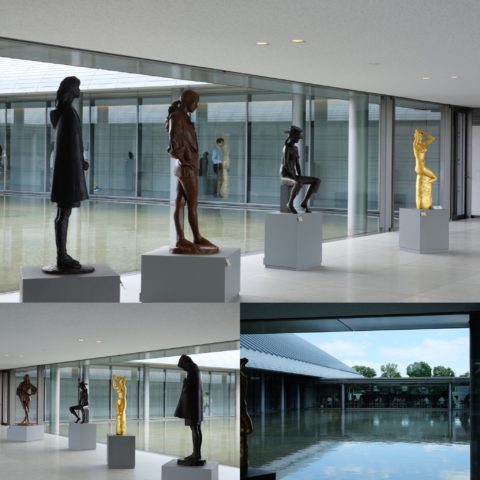 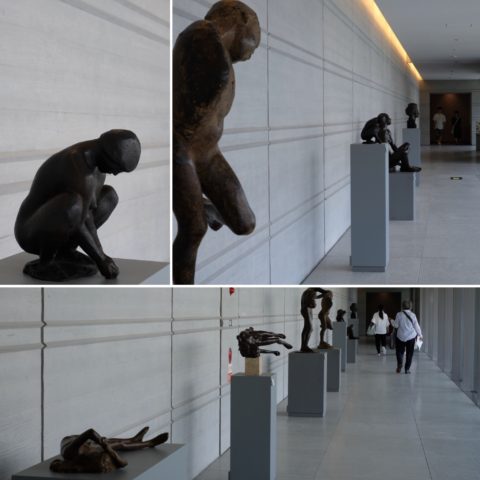 Tanaka Isson was a Japanese painter (1908-1977); he had an unfortunate, obscure life but carried out his principles until the end of his life. His paintings are all energetic. Here is one of his art works.

This summer was hit by a heat wave and I hesitated to go there, but I was happy I went there.