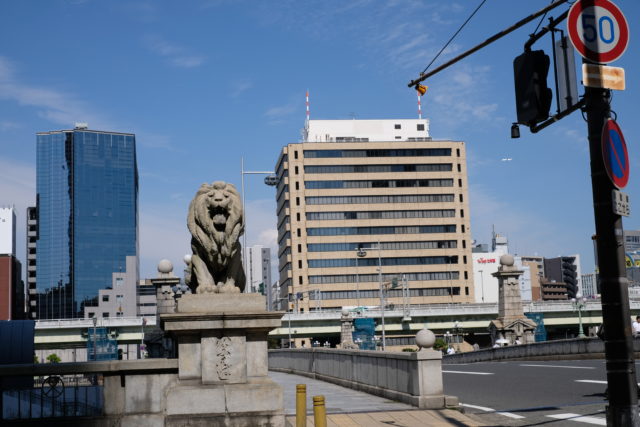 This building is the Osaka Securities Exchange. This stands on the south side of the Lionbashi Bridge across the street. This has a long history from the Rice Exchange  established in the Edo era, and is a landmark of Sakaisuji. 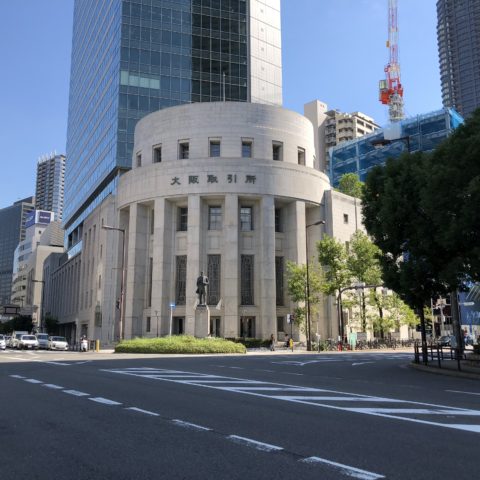 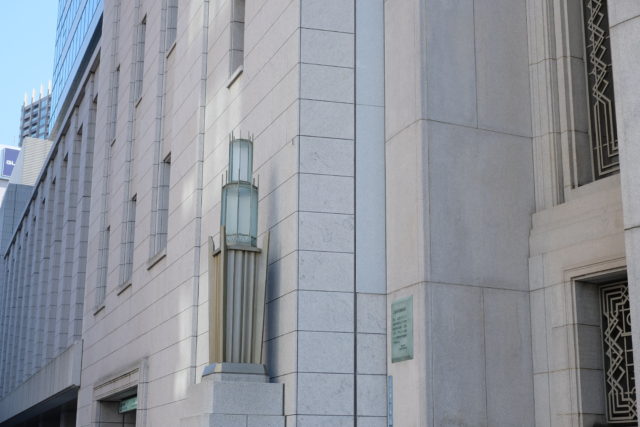 I walked toward the south from the building.

This is Araibiru Building. The building built in 1992 was originally a building for a bank. Now, it is a commercial architecture in which a restaurant is run on the first floor, etc. 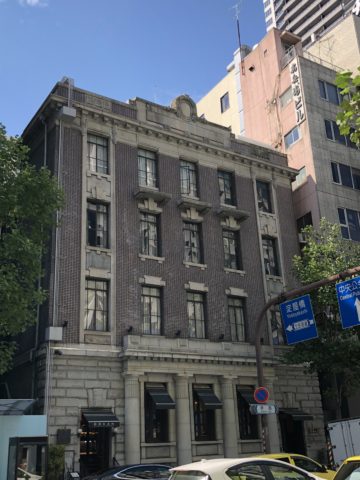 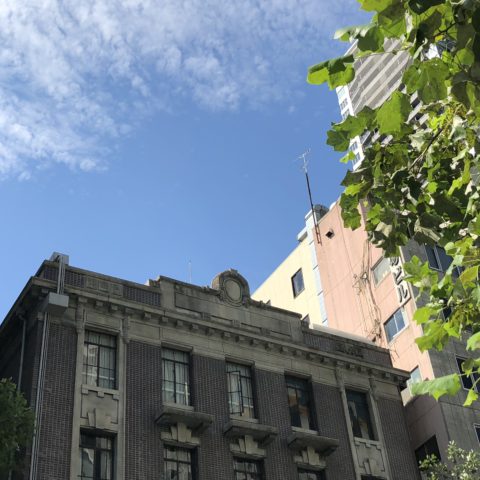 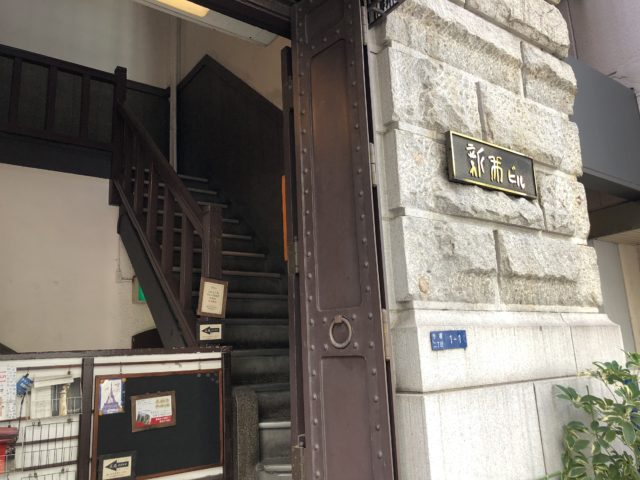 This is Koraibashi Nomura Building. This office building, built in 1927, is constructed with reinforced concrete, which was rare in those days. 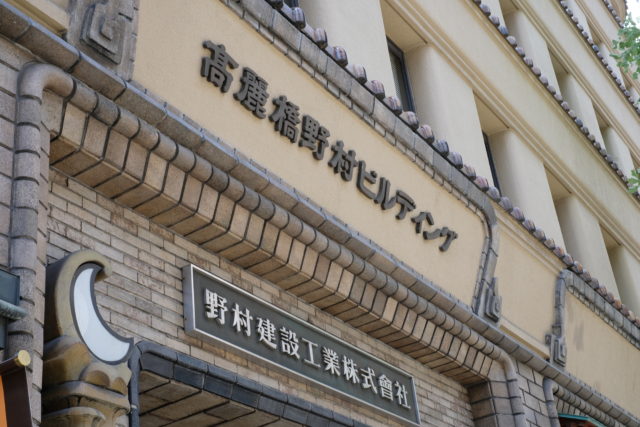 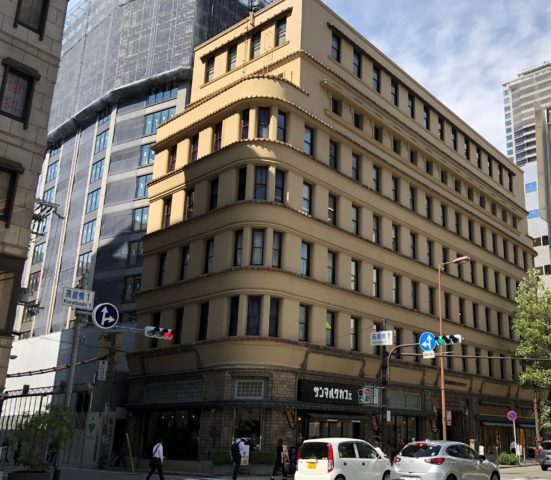 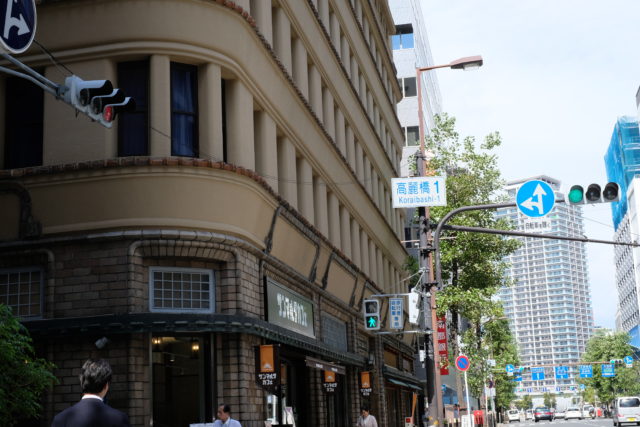 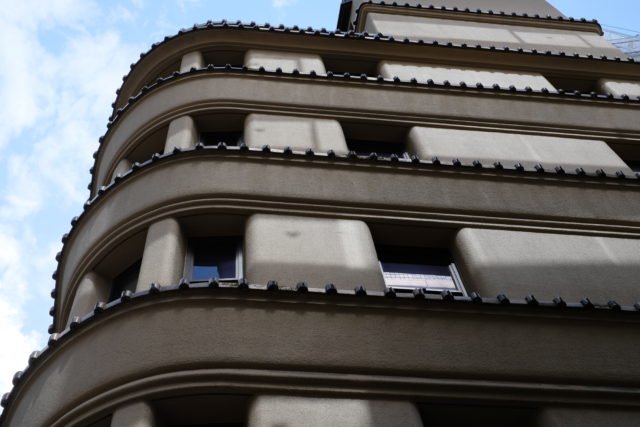 The building, facing the Nomura Building across Sakaisuji, is of the Osaka-Chuo Branch of Sumitomo Mitsui Banking Corporation. It was built in 1936. 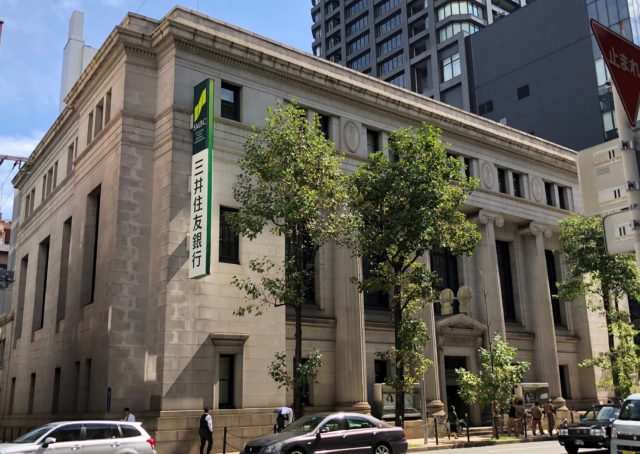 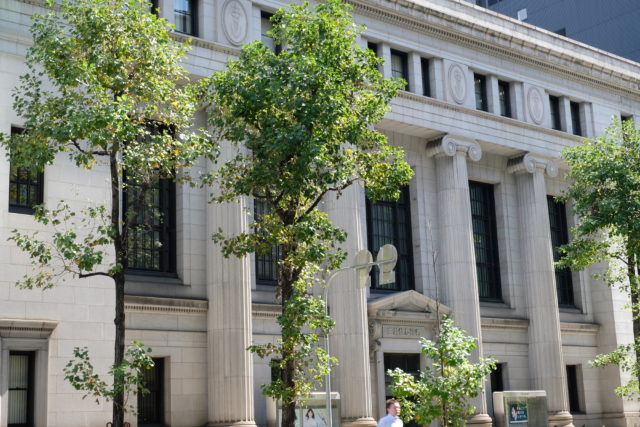 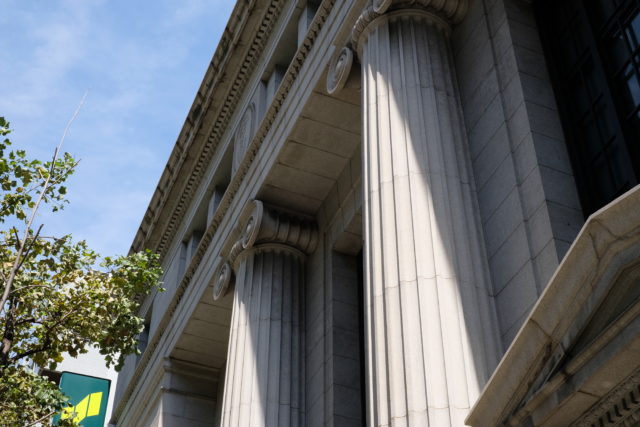 The building, standing on the south side of Nomura Building across the street, looks also old. 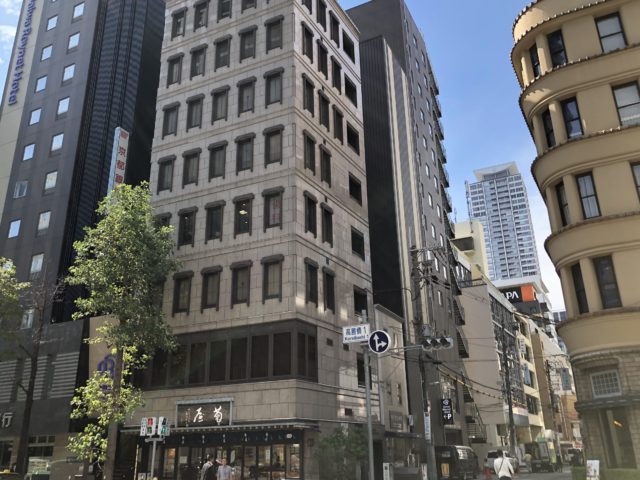 When walking to the sough from here for a few minutes, you can see a Japanese traditional architecture, one of the remaining examples of a large shop (Odana), built at the end of the Meiji era. This is Konishi Residential House, which is a wooden building built in 1903. 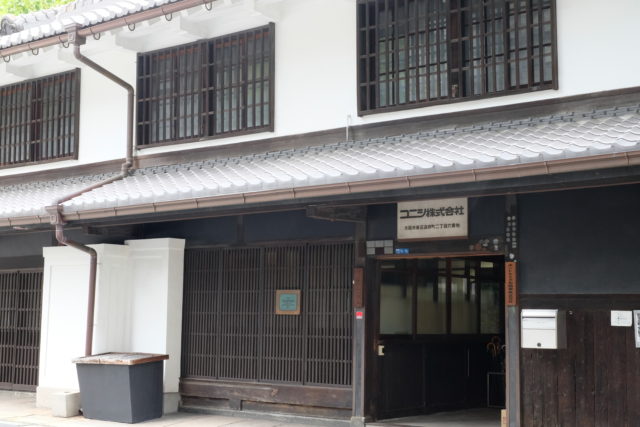 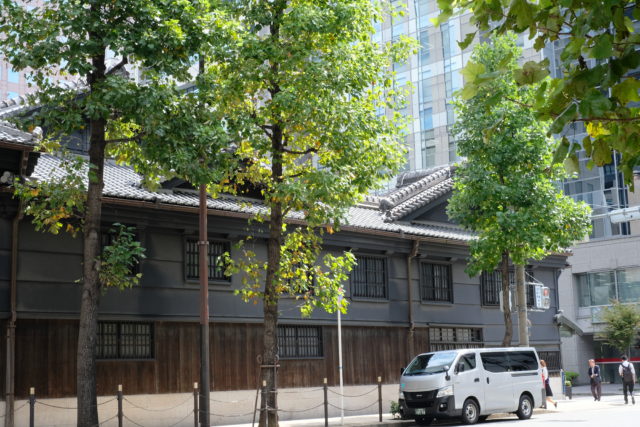 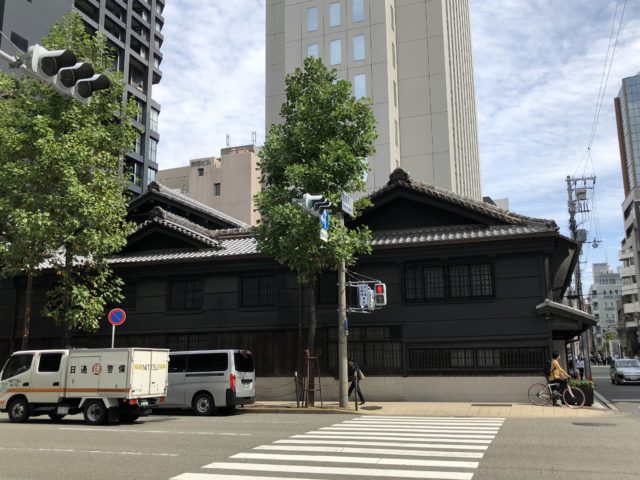 Here is one example of “Odana” in Ukiyoe.

This is Sukunahikona Shrine, which deifies a god of medicine, seen when you walk toward the west a little from Sakaisuji. This neighbourhood is called Doshomachi, where many pharmaceutical companies and medicine merchants stand now as in olden days. 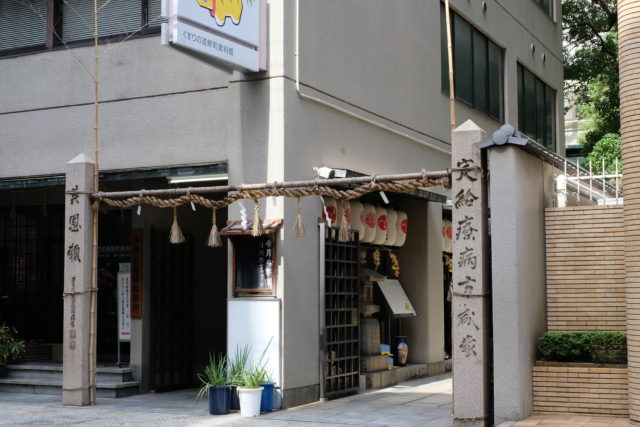 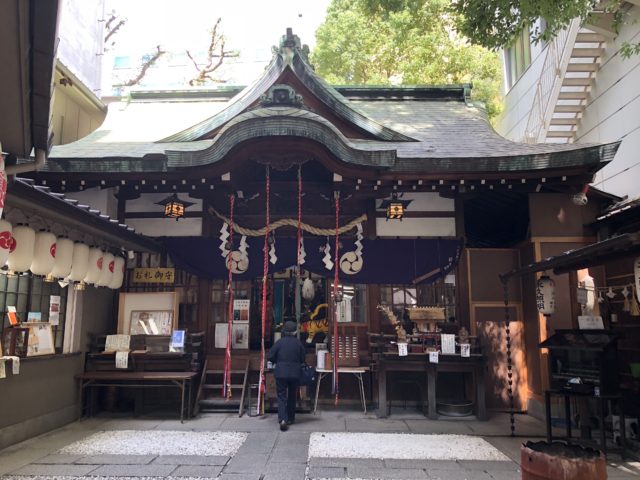 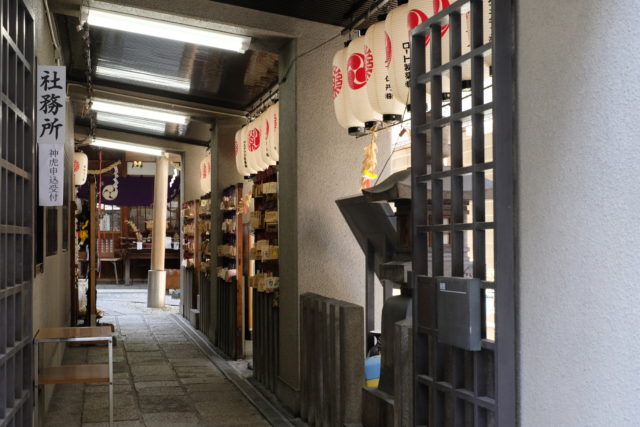 This is Ikoma Building of Ikoma Watch Store, which is a few minutes on foot toward the south. This building was built in 1930, and the watch store has been in business since the Meiji era. 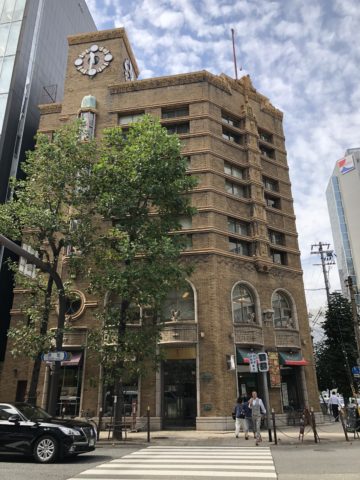 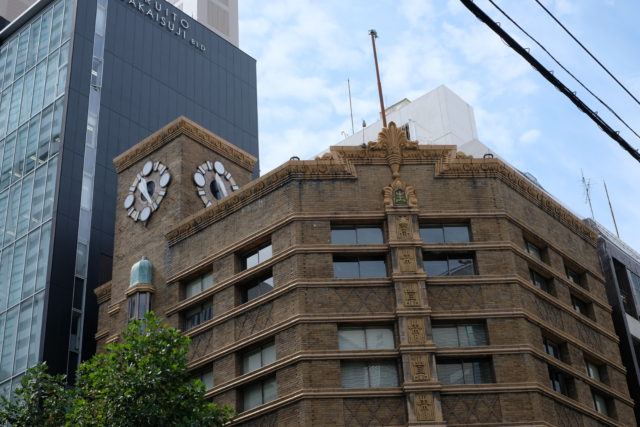 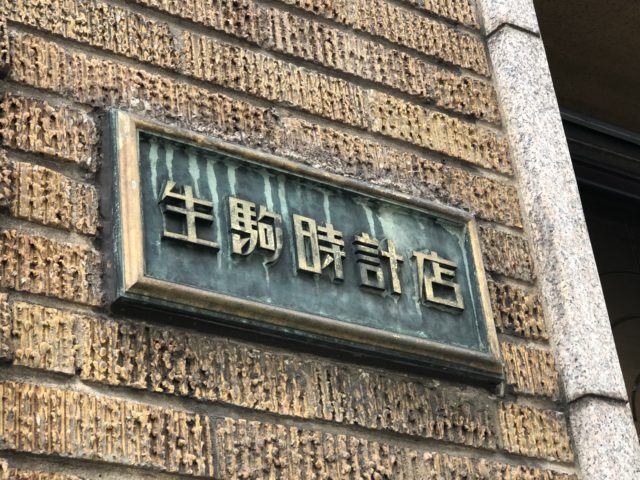 New skyscrapers are steadily being built on Sakaisuji. 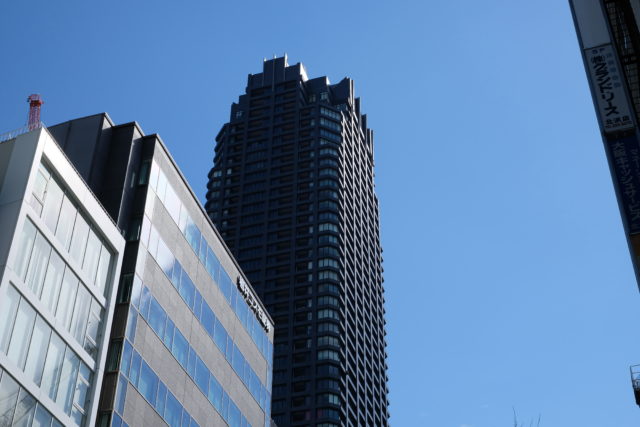 On the other hand, old buildings, built in the Meiji era, the Taisho era, and the early Showa era, are also protected and preserved as historical structures.