Sankyubashisuji Street is a street running from north to south, located between Midosuji and Sakaisuji Boulevards. It starts at Osaka City Central Public Hall, where telephone poles are buried underground. You can see many retro buildings, built in the Meiji and Taisho periods, along the street. So, it is a perfect walkway in a city.

This is Sendannoki-bashi Bridge at the northern end of this street. The building seen in the distance is Osaka City Central Public Hall. I walked from here toward the south. 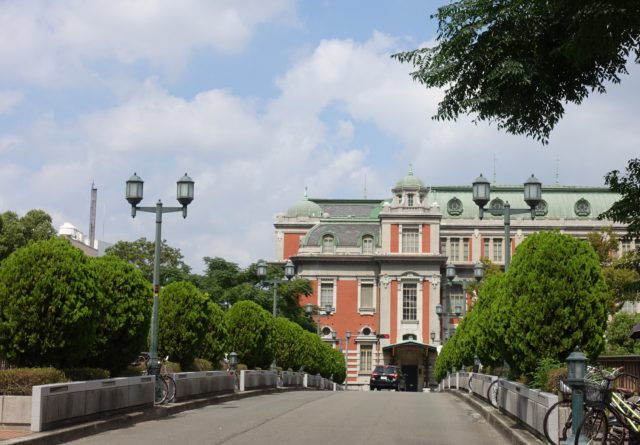 This is the former residence of Ogata Koan, Tekijyuku. The building is a simple, ordinary residence. When I went round to the back, I felt an atmosphere with the lived-in feel of those days. You can see the interior of this residence, though it was closed on the day I visited. 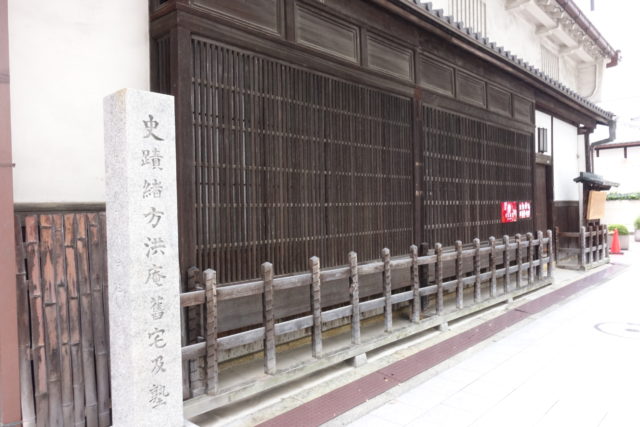 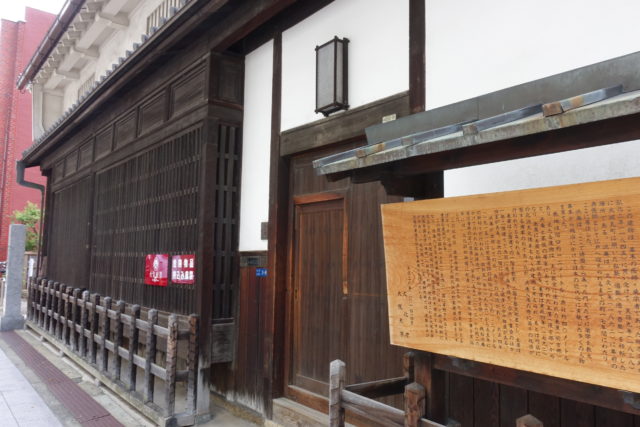 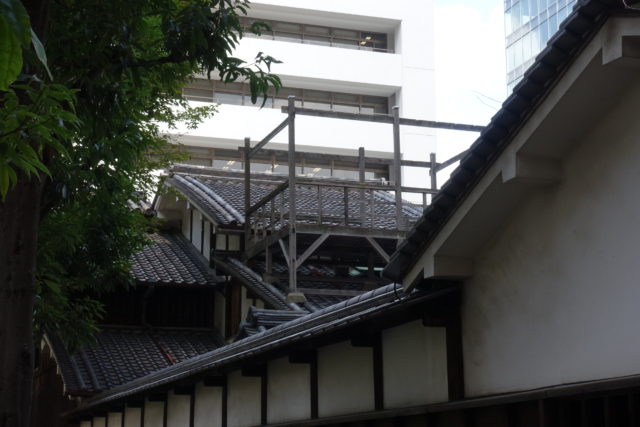 The building adjoining the south of Tekijuku is a public kindergarten, Osaka City Aishu Kindergarten. This was built in 1880 and is the second oldest in Japan. 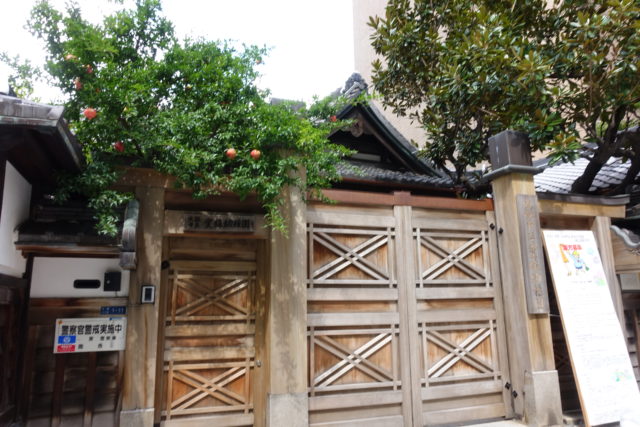 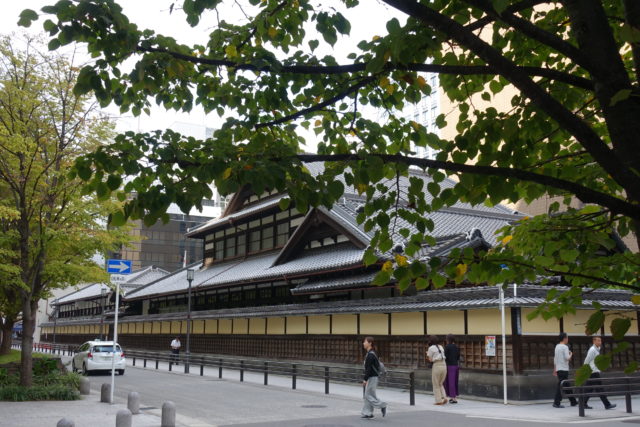 Yagi-tsusho Building. It was built in 1917. Now, a new building is built on the old two-story building. Please expand the photograph, then you can see nice engravings on the window frames. 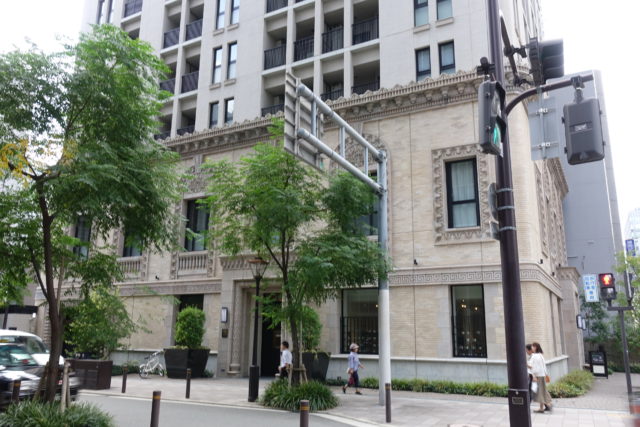 The red brick building is Opera Domaine Koraibashi. It was originally an office building of an insurance company. It was built in 1912, and is utilized as a reception hall now. 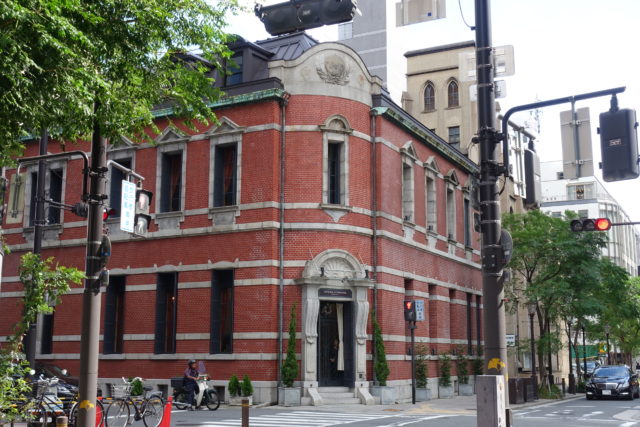 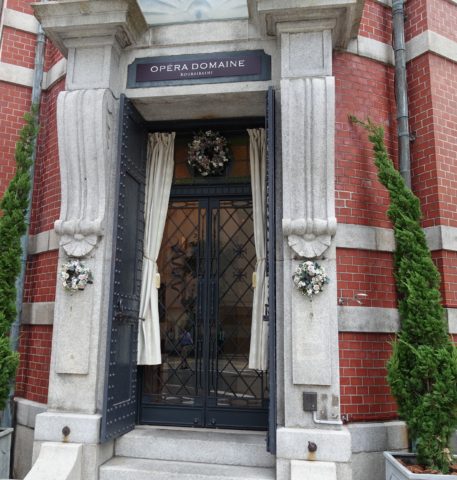 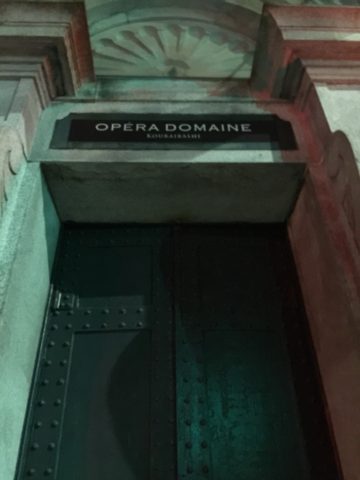 The building adjoining the Opera Domaine on the south side is United Church of Christ in Japan, Naniwa Church. It was built in 1877. 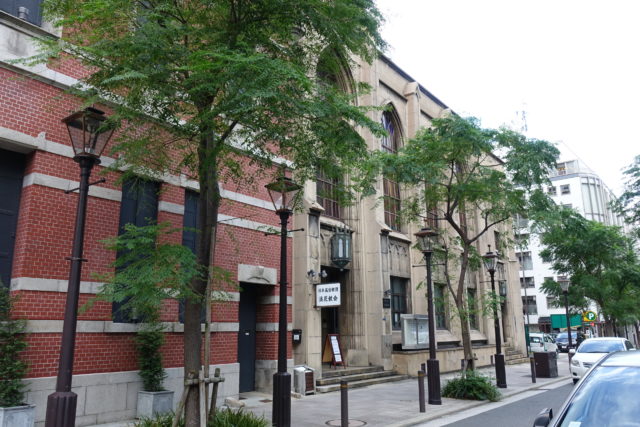 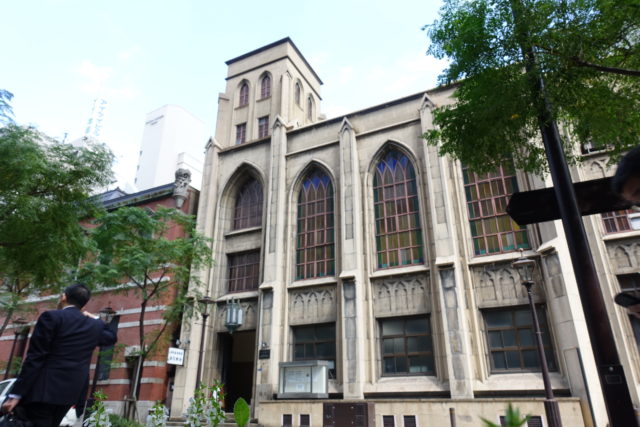 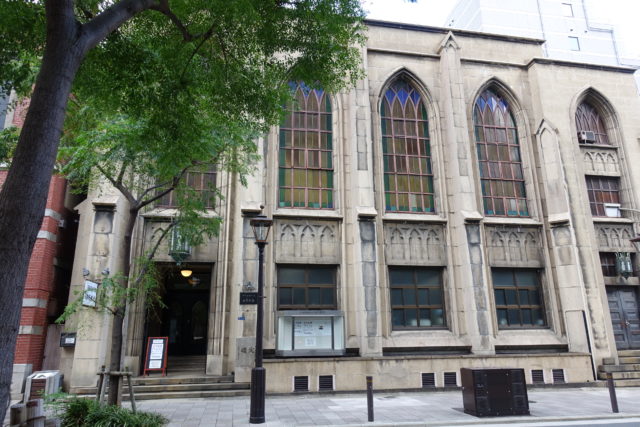 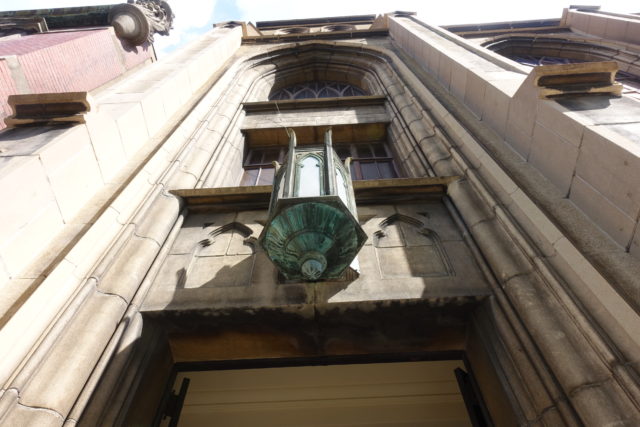 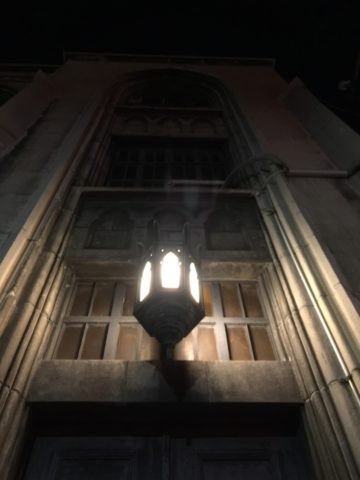 The brown building is Mengyokaikan. This was built in 1931, and is for a membership club. You can see the interior of the building if you request. 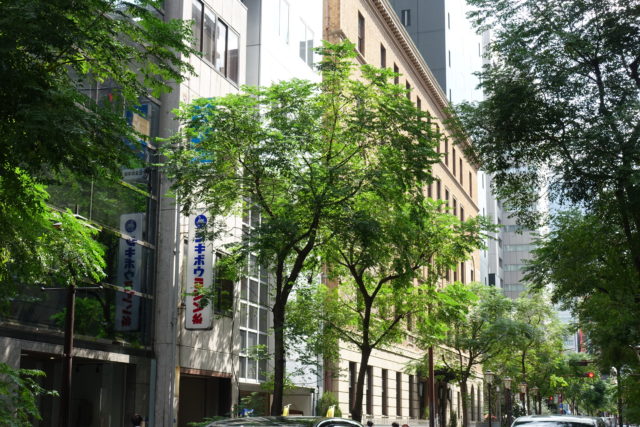 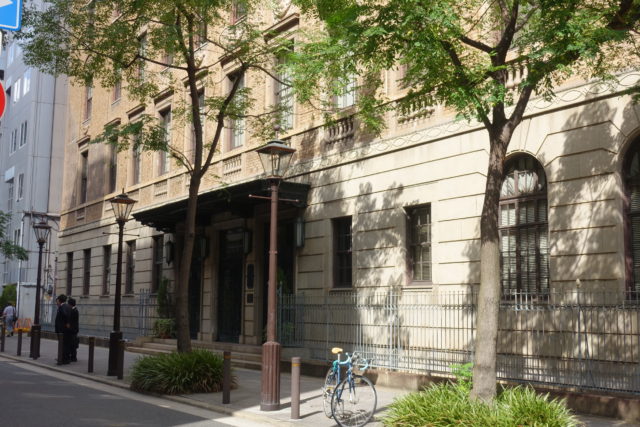 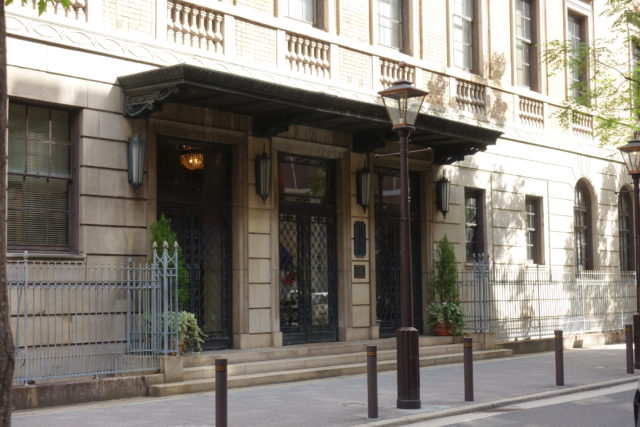 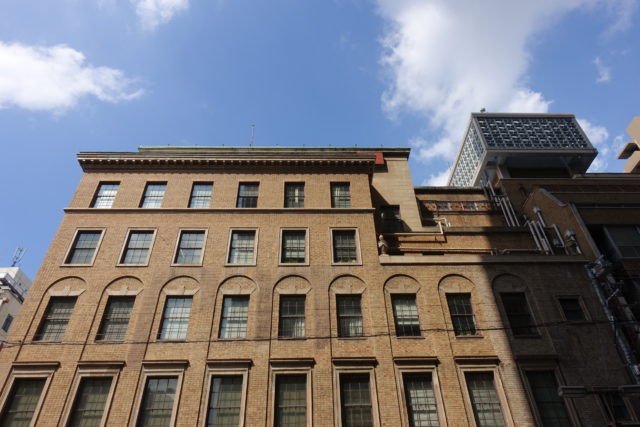 Gas lamps line the street, and sendannoki trees (Melia azedarach), which are the symbolic trees of this town, are planted on each side. You can see both nostalgic scenery and modern skyscrapers. 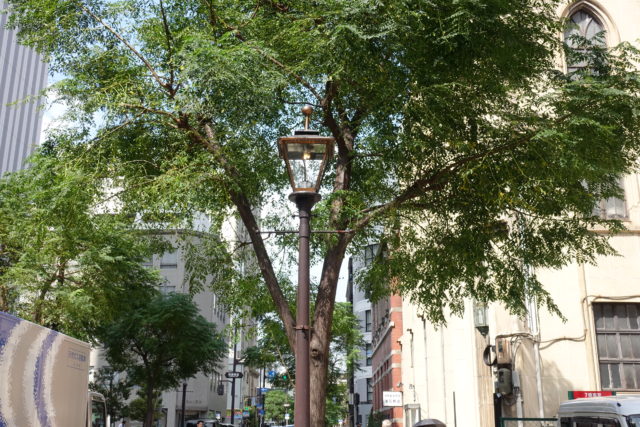 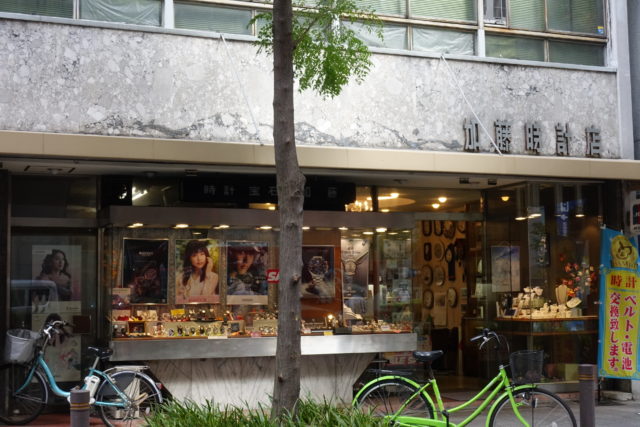 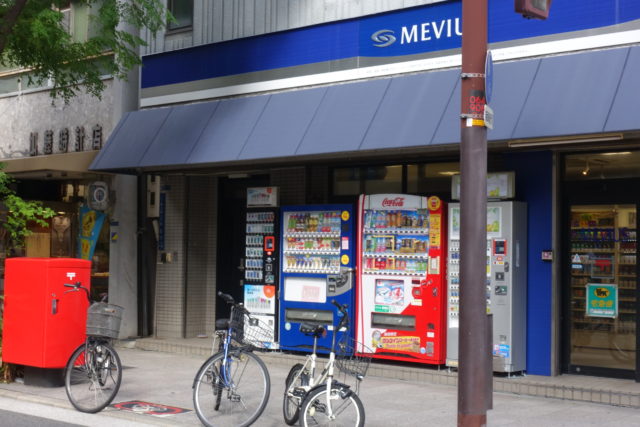 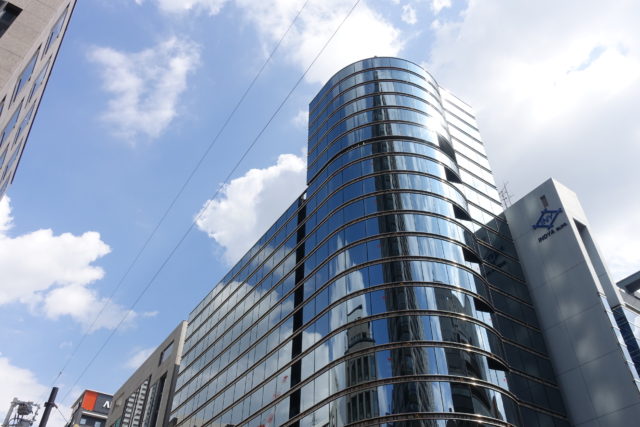 This is a name plate embedded in a sidewalk. Please search for it while you stroll the town. 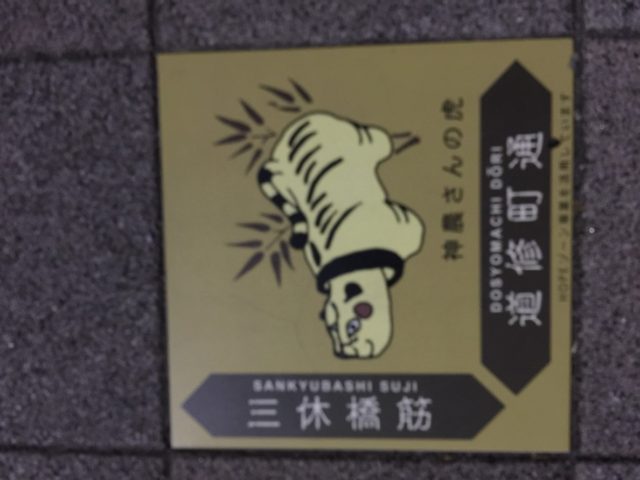