Although it was extravagant, we had Kaiseki-ryori (a traditional Japanese meal brought in courses) in a Japanese-style restaurant, Hyotei, in Kyoto.

This restaurant started as a Japanese-style tea house (chamise or chaya*) in the precincts of Nanzenji temple in the Edo era. The building of the restaurant has an Edo-era appearance.

*: “Chamise or chaya” was common from the middle ages through to recent times as a type of rest area in Japan, where people could take a rest and also have tea or sweets. 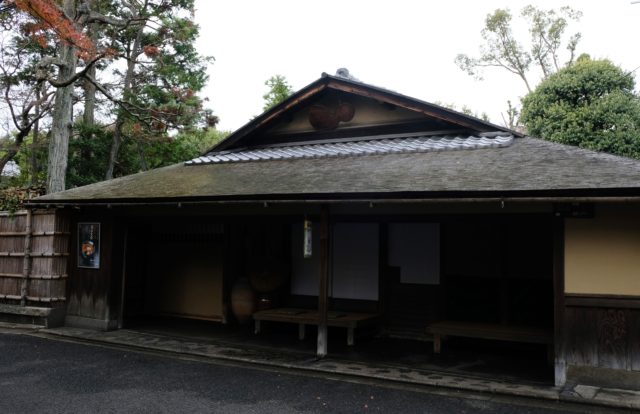 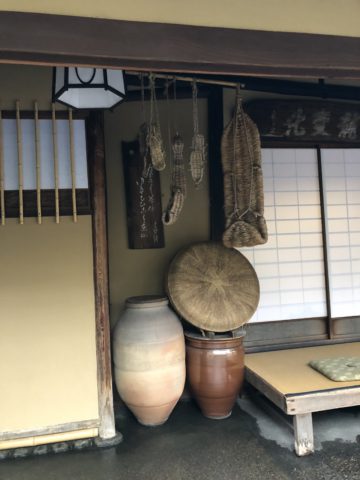 When passing through the entrance of the restaurant, we saw a Japanese garden, and we were introduced to chashitsu (a tea-ceremony house) in the garden, where we would have our meal. 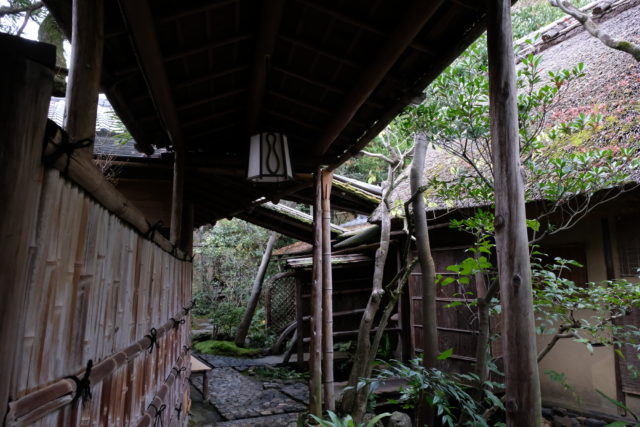 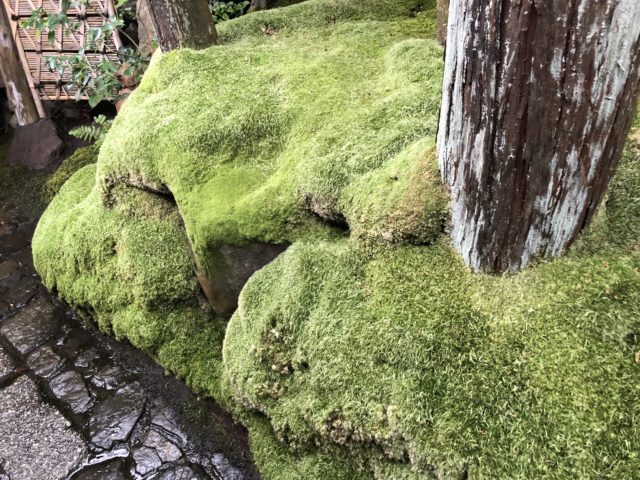 This is the tea-ceremony house (named Kuzuya, which means a house with a thatched roof). 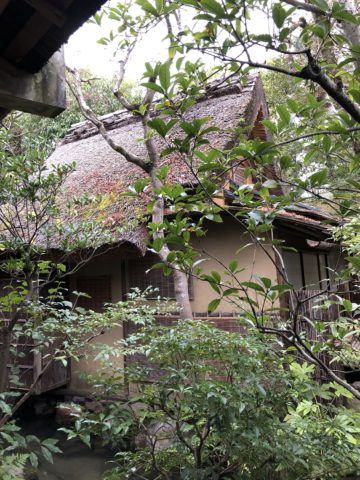 The entrance of the tea-ceremony house. 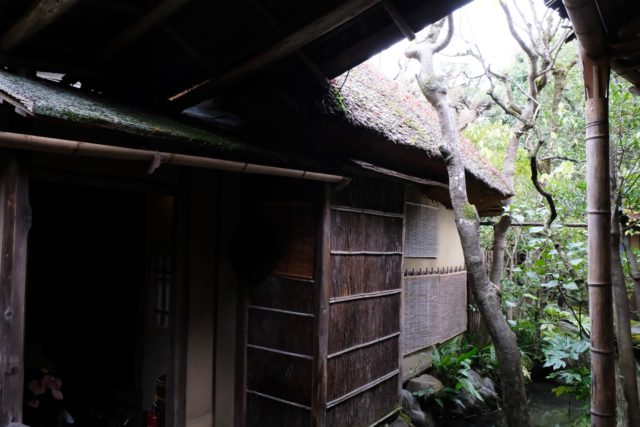 When entering the room, we were first let in a two tatami mat room (a preparation room). 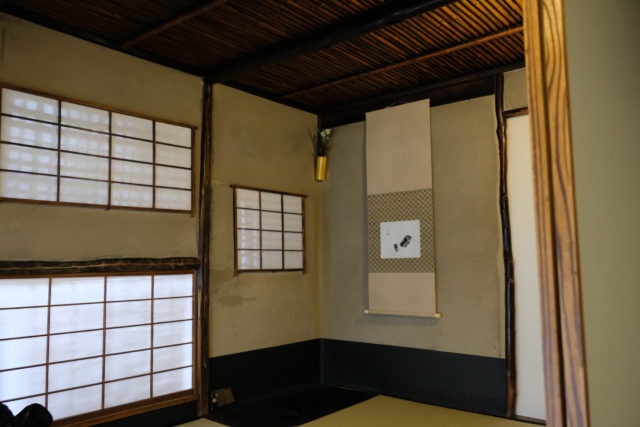 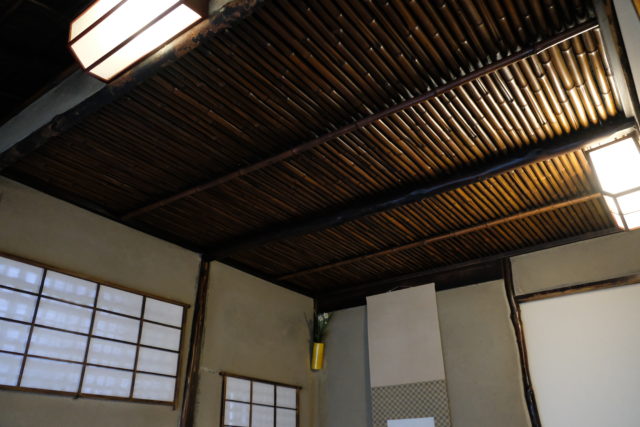 Then, there is a four and half tatami mat room where tea is served for guests. This room is a wooden building – 450 years since its inauguration. It has low ceilings and is dark, and into which a draft blew relentlessly. We had our meal in this room. 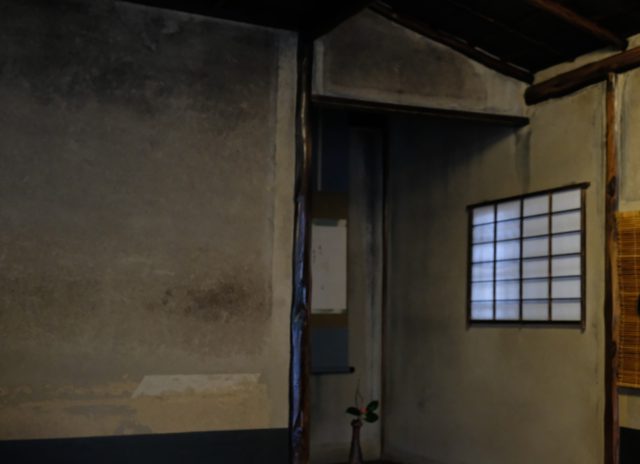 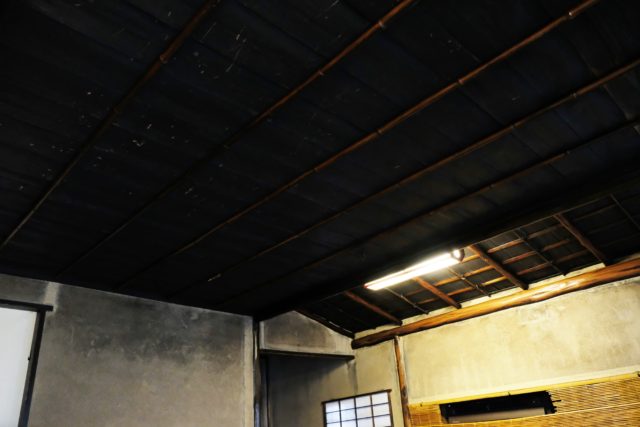 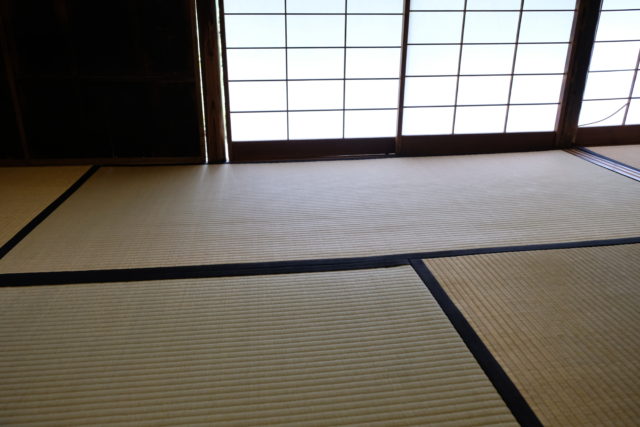 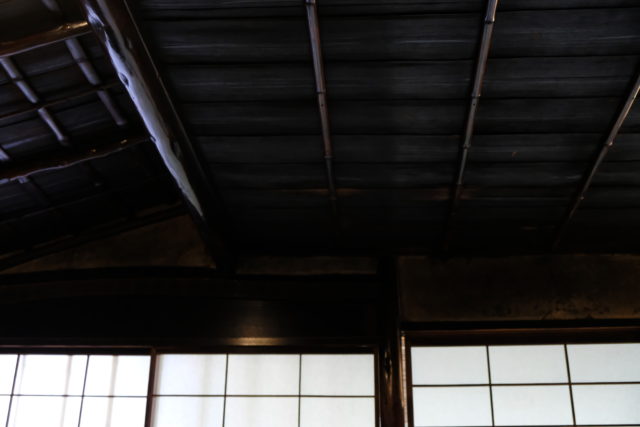 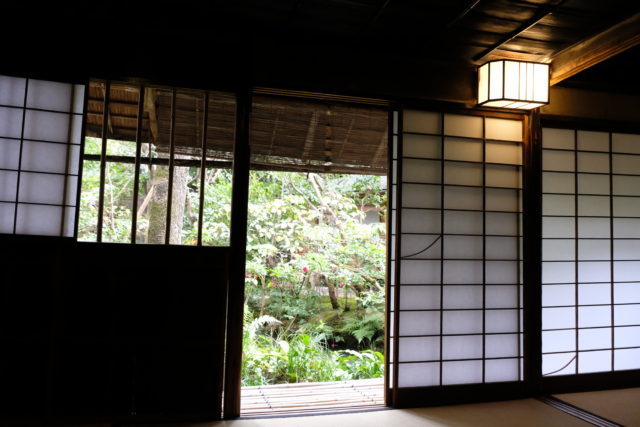 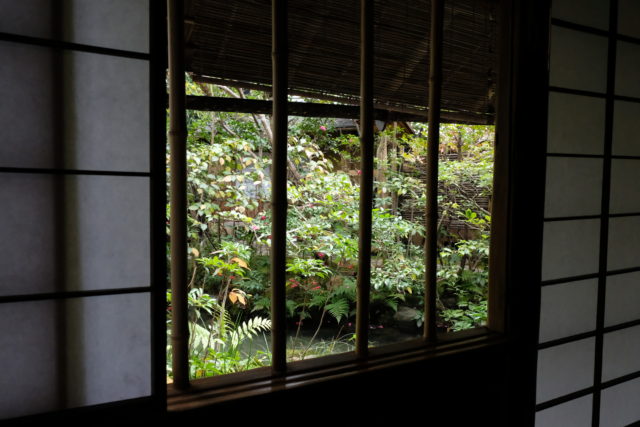 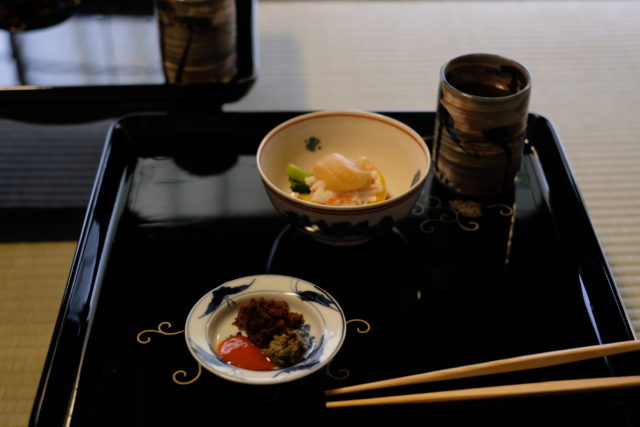 Bream sandwiched between sheets of kelp. There were two kinds of shoyu (soy sauce): tosa-shoyu (on the left) and tomato-shoyu. 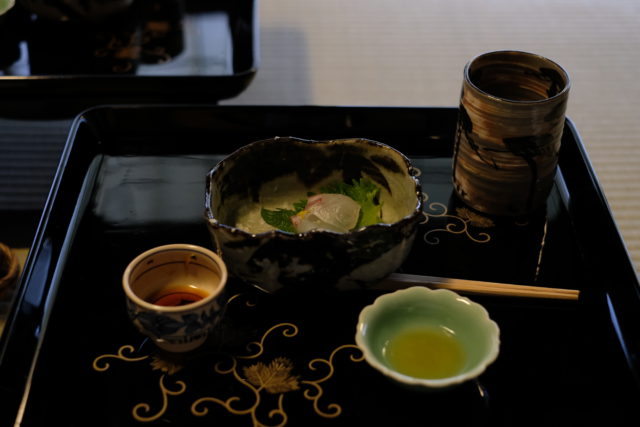 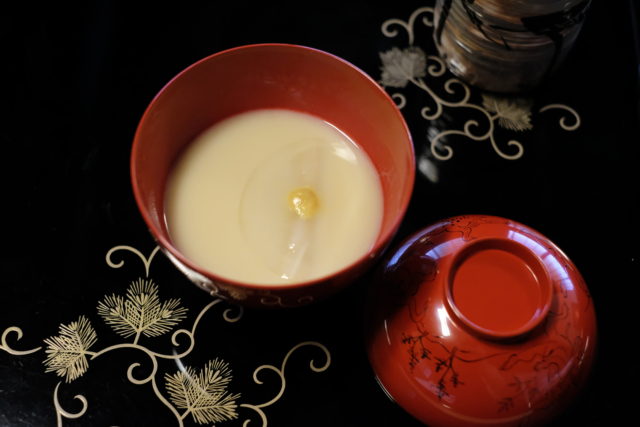 Hassun (the second course, which sets the seasonal theme, and is typically one kind of sushi and several smaller side dishes).

From left front: small white radish, steamed cod roe and lily bulb, white radish sandwiched between dried mulet roe (they were warmed to body temperature), turnip sushi, and Hyotei-tamago. Hyotei-tamago is a boiled egg with thick yolk, which has been served since the inauguration (the Edo era). 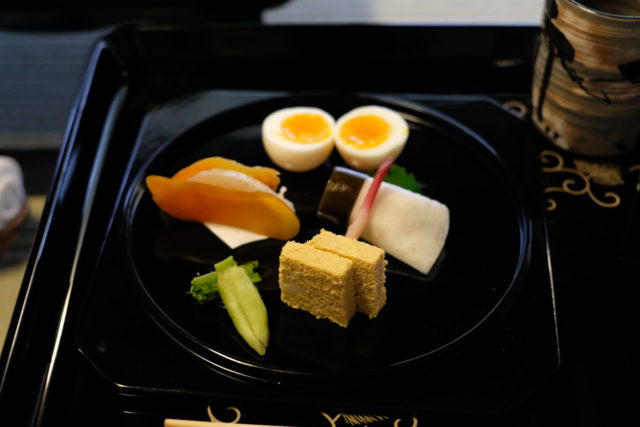 Ebi-imo (taro) with rice flour coating. The coating is crisp with a fragrant smell. 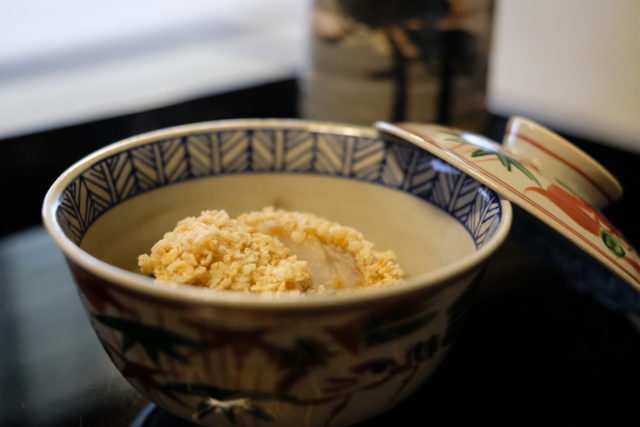 Grilled butter fish and red trunip. (The fish was grilled for 15 minutes.) 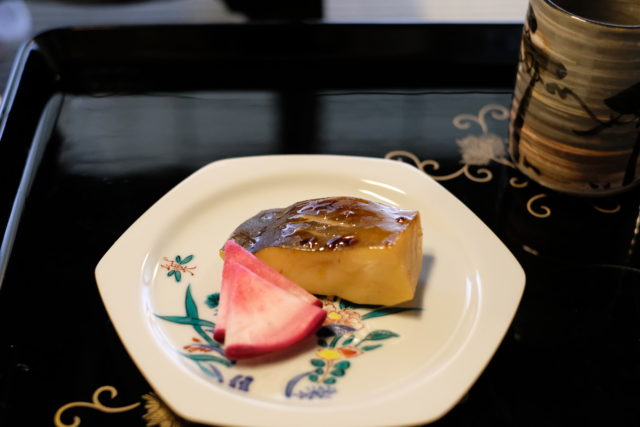 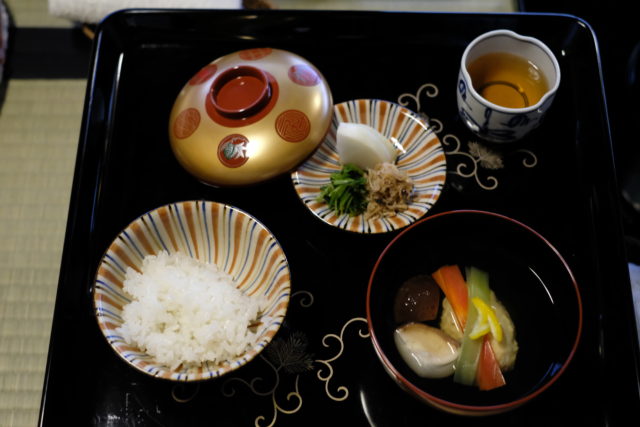 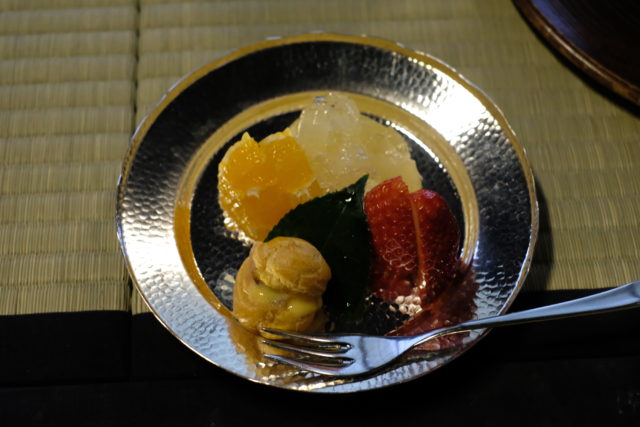 During the course, the kind of tea was changed and tea cups were also changed. 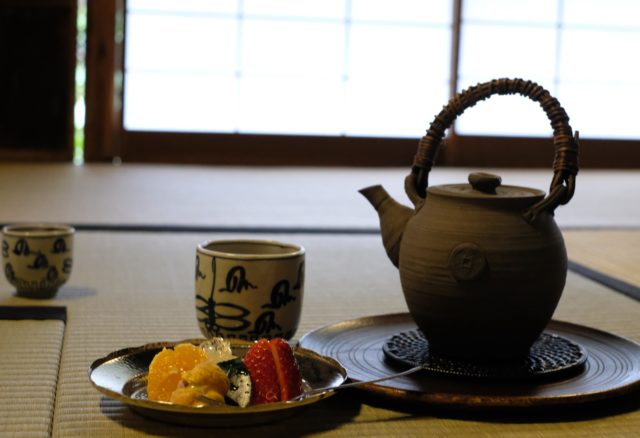 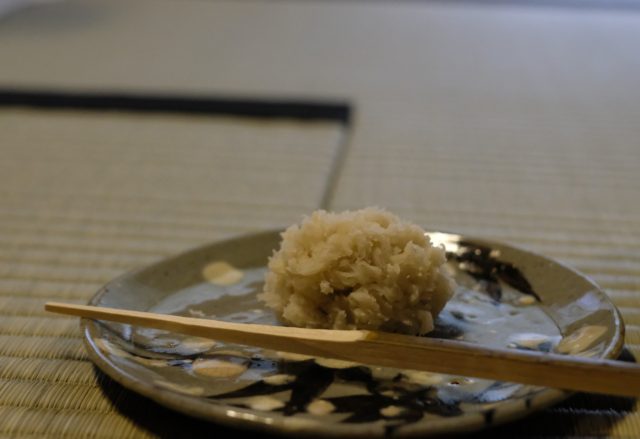 A tea cup with different patterns depending on the person, for example, the male or female, the age, or the like, is used when we eat Japanese sweets. Matcha (powdered green tea) is in the cup. 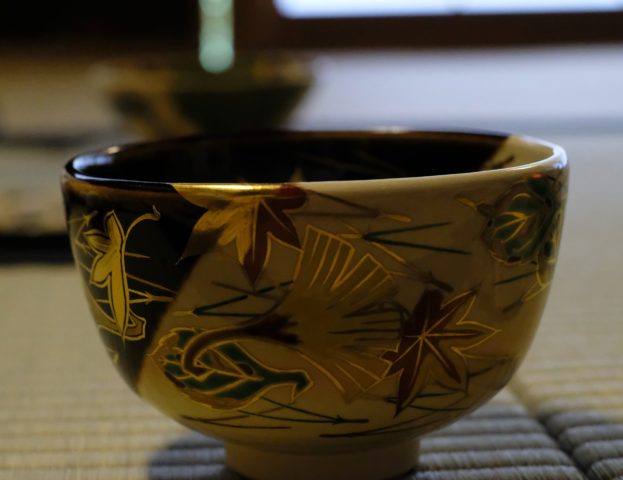 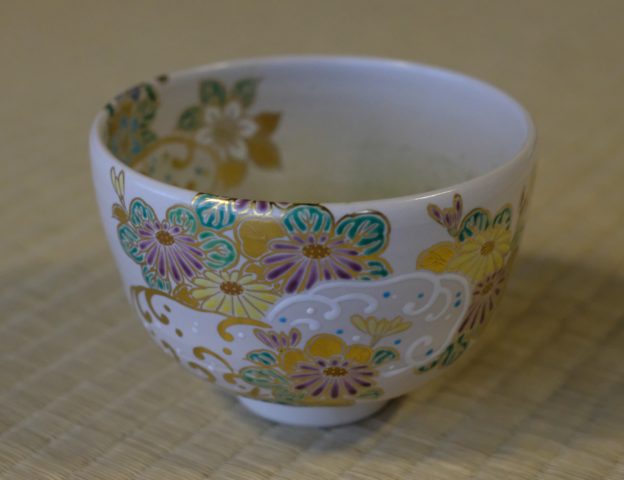 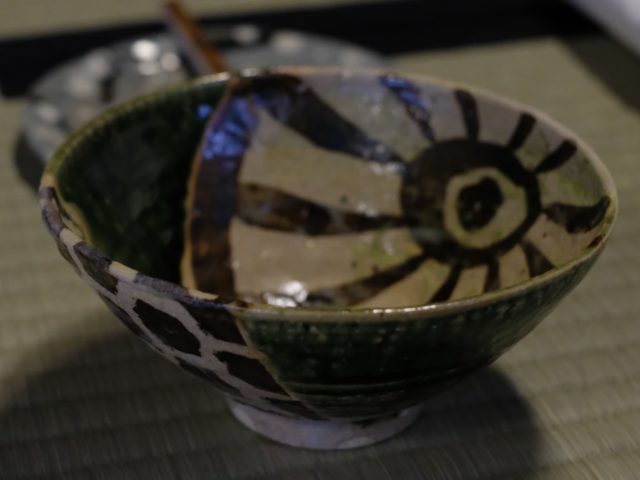 Not only the taste but also the thoughtfulness to eaters, for example, smell wafting when a lid is opened, the temperature of the meal when we eat it, were really excellent! I was also surprised that chopsticks were slightly wetted with water.