I’d like to introduce Koya-dera or formally Konyo-ji temple, which is a famous Buddhist temple in Itami City, Hyogo Prefecture in Japan. 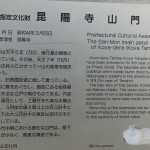 When you walk from the bus stop toward the Buddhist temple, you will see a vermilion-lacquered entrance gate, “Sanmon.” This gate stands facing an old road, which was called “Saigoku-kaido” in the Edo-period, which became National Route 171. “Koya-dera” temple was burned down by Oda Nobunaga, and this “Sanmon” (and also temple buildings in the precincts of this temple) was rebuilt in 1655 to 1658. 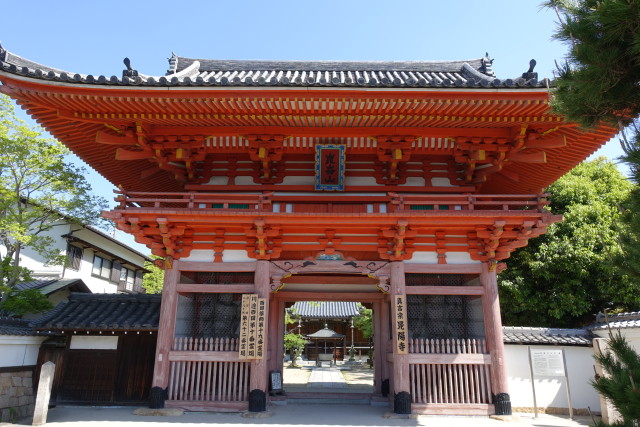 In the lower parts of the gate, two statues, Vaisravana and Virupaksa, stand for protection of this temple. 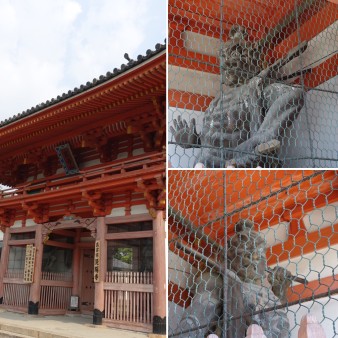 The following picture is of the Sanmon gate looking from the precincts of the Buddhist temple. 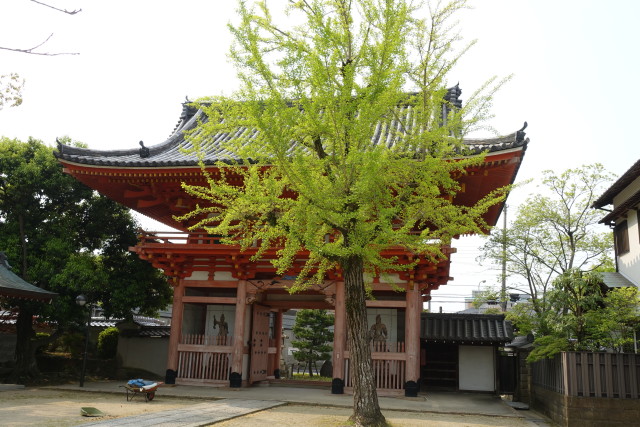 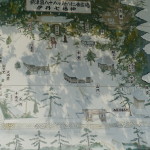 The left is a wood board on which the locations of the facilities of this Buddhist temple are shown in the precincts. The big buildings are “Sho-do” (bell tower), “Hondo” (main temple), “Gyogi-do” (temple hall dedicated to Gyogi), and “Kannon-do” (temple hall dedicated to Kannon (Guanyin)). In addition, this Buddhist temple has two Shinto shrines*, a memorial hall, etc.

After passing through the Sanmon gate, there is “Chozuya,” a pavilion at which you wash your hands and mouth for ritual purification, and the “Sho-do” (bell tower) behind the Chozuya. Some Jizo (Kshitigarbha) statues and stone monuments stand near the wall fence. There is also a rest cabin. 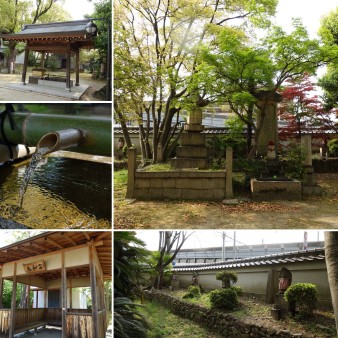 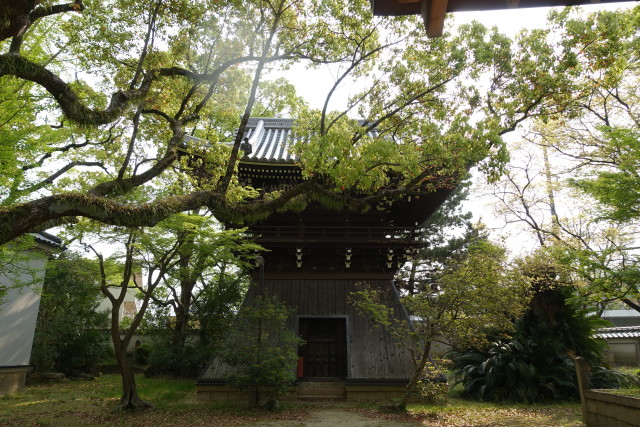 This is the “Hondo” (main temple). In the “Hondo,” “Yakushinyorai” (Medicine Buddha), which is the principal image of this Buddhist temple, is deified. Tradition says that the “Yakushinyorai” statue here was made by “Gyogi.” 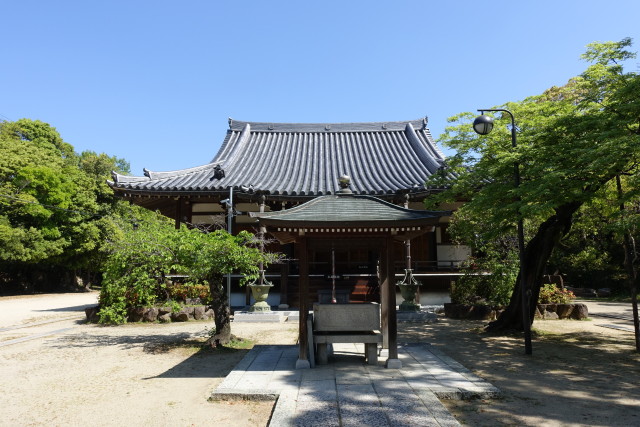 There is a big tree near the “Hondo.” The tree has a big cavity, through which thunder might have been passed. 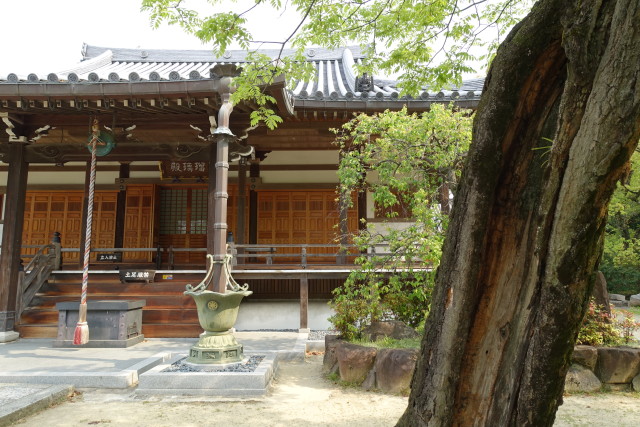 The building looked on the front is the “Hondo” and the building behind is the “Gyogi-do” (temple hall dedicated to Gyogi). 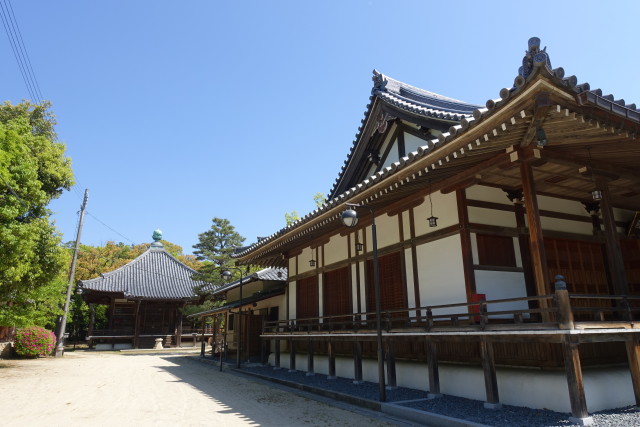 This is the “Gyogi-do.” In this temple hall, Gyogi and other bosatsu (Bodhisattva) statues are deified. 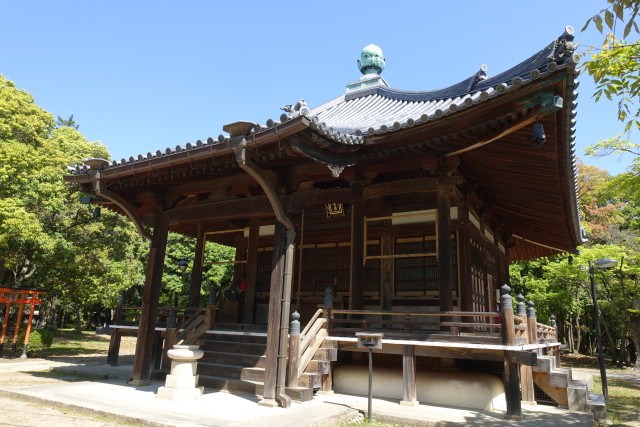 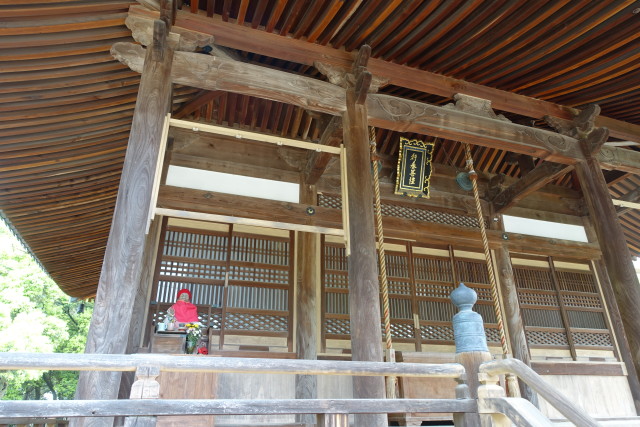 Looking back on this side of the road to the hall, the “Kuyo-do” (memorial hall). 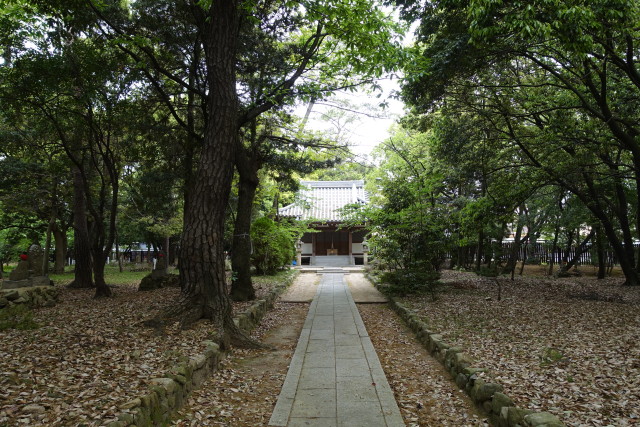 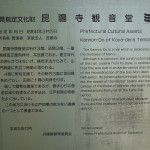 This is the “Kannon-do” (temple hall dedicated to Guanyin) in which an eleven-faced Kannon (Guanyin) is deified. This temple hall was rebuilt in 1789. 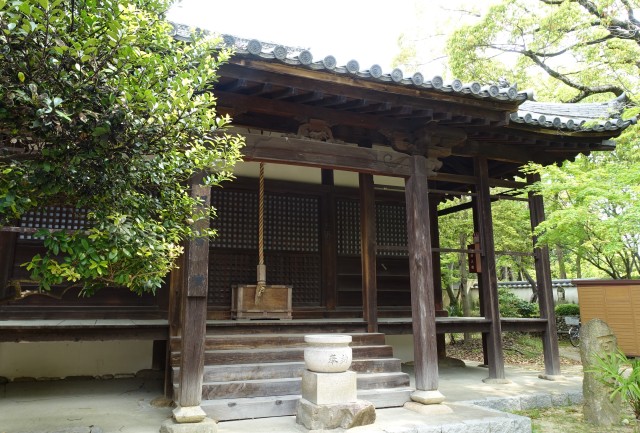 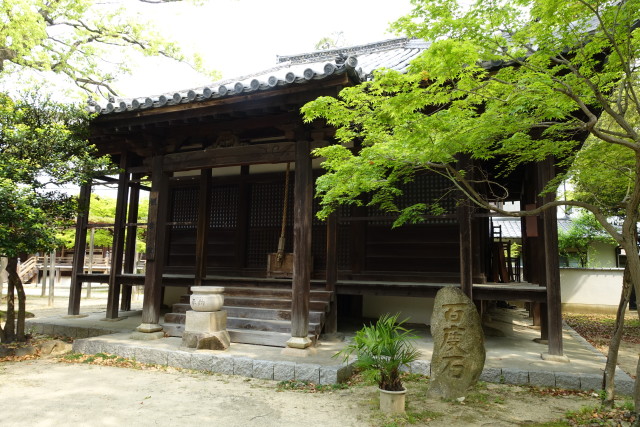 “Benten-do” (temple hall dedicated to Benten (Benzaiten), or Sarasvati) which is located near the Kannon-do. 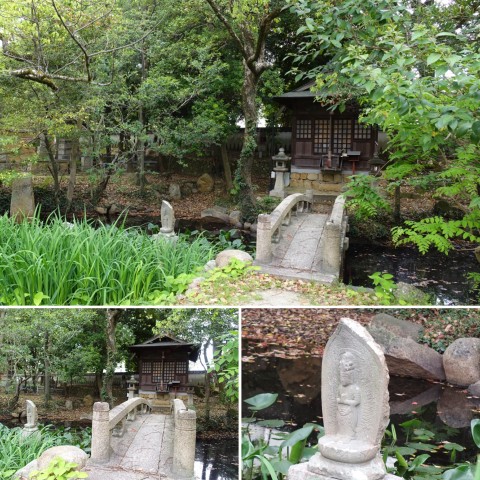 There are some small Shinto shrines, stone monuments, and a charnel house around the Hondo and the other temple halls. 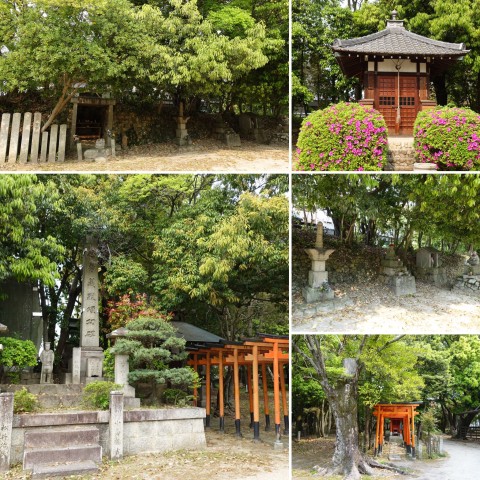 Behind the temple halls is a small forest in which a small river flows. There are many stone Buddhist statues, with a red cap placed over their heads, among the trees in the area. 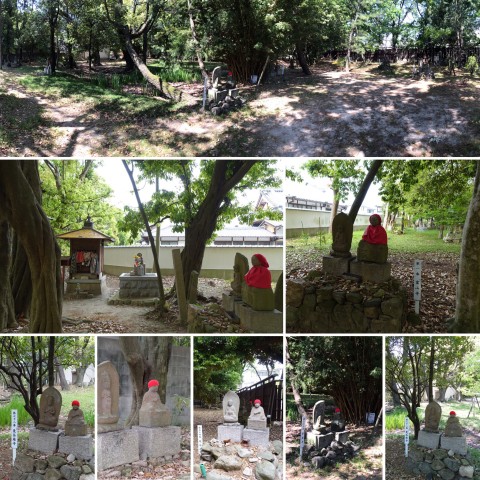 This Buddhist temple also suffered big losses caused by the Great Hanshin Earthquake in 1995, but the restoration of this temple was completed in 1998.

All temple halls in the precincts are simple and subdued except for the Sanmon gate, and you can have a quiet and calm feeling when you visit this temple.